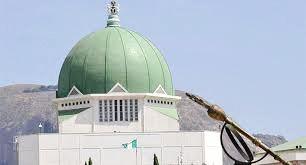 The mace was later recovered by the police, who say they are still investigating the incident.

The chairman of the investigating committee, Bala Ibn Na’Allah, issued the summon at the committee meeting in Abuja on Tuesday.

The summon follows testimonies from heads of different security agencies within the National Assembly alleging that Mr Omo-Agege led seven unauthorised personnel into the red chamber and disrupted plenary.

It was also alleged that Mr Ndume hindered the mace keeper from taking away the mace to safety.

“Based on the testimony of the sergeant at arms before the committee, you (Mr Ndume) are alleged to have prevented the mace keeper from taking away the mace to safety.

“The committee has, therefore, deemed it necessary to invite you in order to respond to that allegation.

“As regards to Omo-Agege, based on the testimony of the DPO, the SSS and the sergeant at arms, you are alleged to have entered the National Assembly accompanied by seven persons who allegedly took the mace of the Senate during plenary session on April 18, at about 11:30 a.m.

“All those who testified, stated that the said people were cleared into the chamber based on your confirmation that they were with you.

“The committee,in pursuance of this,has deemed it necessary to formally invite you to respond to these allegations on Wednesday, May 16 at 11:00am,” Mr Na’Allah read out the format of the letter to be issued to the summoned lawmakers.

Last week, the National Assembly Divisional Police Officer, Sulu-Gambari Abdul, accused the lawmakers of conspiring with thugs who invaded the Senate chamber and took away the mace last month.

The Senate invasion was condemned by most Nigerians including the federal government. The two chambers of the National Assembly subsequently set up a joint committee to investigate the incident.

Like Loading...
Previous EFCC cells should have ‘presidential wing’-Soyinka
Next Defection of nPDP members won’t affect Buhari’s chances in 2019 – El-Rufai