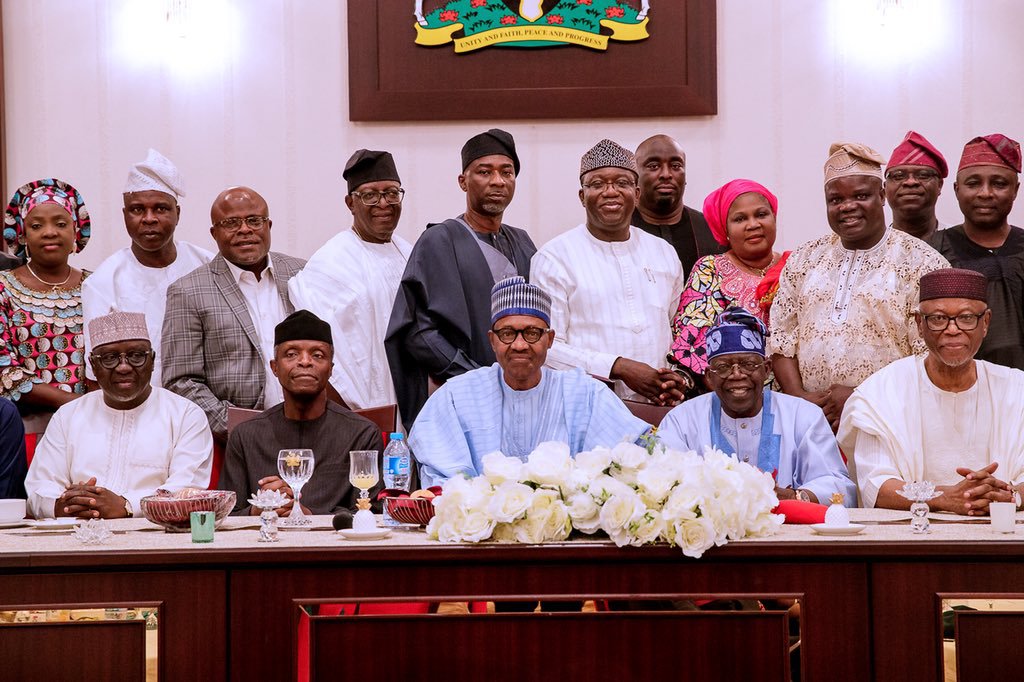 President Muhammadu Buhari has challenged the South-west caucus of the All Progressives Congress (APC) to ensure victory for the party in Ekiti.

The president gave the charge during a dinner meeting with the caucus on Wednesday in Abuja.

He said that the people could achieve the target by ensuring electoral victory for the APC gubernatorial candidate, Kayode Fayemi, in the July 14 governorship election in the state.

Mr Buhari said that members of the party must work together in the state to ensure that the will of the people was not subverted.

“I know Ekiti fairly well and Ekiti people are well known for their forthrightness, candour and integrity.

“All of these values seem to have been lost and we must restore these values and return Ekiti to its pride of place in the comity of states.

“As we approach the 2019 elections, the return of Ekiti into the fold of progressive states is important as the election of July 14 is going to be a key pointer to subsequent elections,’’ he said.

Mr Buhari reiterated his determination never to interfere in the internal affairs of the party at any level. He commended the Minister of Solid Mineral Resources, Kayode Fayemi, for reaching out to his co-contestants who lost in the Saturday primary.

He urged all members and supporters of APC in Ekiti and beyond to see the July 14 governorship poll as a collective mission to rescue Ekiti and promote development.

A leader of the party, Bisi Akande, who spoke to State House correspondents after the meeting, assured that the caucus would do all it could to secure victory for the APC candidate in the election.

Among those at the dinner were Vice President Yemi Osinbajo, a national leader of the party, Bola Tinubu; and National Chairman of APC, John Odigie-Oyegun.

Like Loading...
Previous Council chairman to Religious Leaders: Utilise media in Sensitisation of peaceful coexistence
Next Saraki meets Buhari over alleged plot by IGP to implicate him