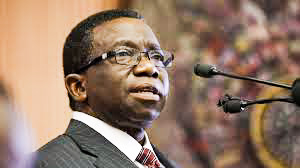 The Joint Health Sector Union (JOHESU) has suspended its nationwide strike that started six weeks ago.

The union announced the decision on Thursday, via a communique issued at the end of its National Executive Council meeting.

In the communique signed by Biobelemoye Josiah, the national chairman of JOHESU, the union said the strike was called off because of the sympathy the union has for the suffering Nigerian masses and also to pave way for further negotiations to continue on Monday.

“We would like to place on record that JOHESU strike actions is neither ill nor politically motivated but in a bid to save the health sector from imminent collapse,” it read.

The resolution of the communique are as follows:

1. Court takes over the Negotiations between JOHESU and Government in its Alternative Dispute resolution (ADR) centre.

2. JOHESU and Government side are to nominate their representatives in the ADR process within 24 hours of the NICN judgment. The Federal Ministry of Health and Federal Ministry of Labour shall nominate officers that have authority to negotiate on its behalf i.e the Honourable Minister of Health and Honourable Minister of Labour shall not be part of the committee.

3. The agreement reached at the ADR centre will be registered in the court as judgment binding on both parties.

4. JOHESU is to initiate the process of allowing normalcy to return to hospitals within 3 days.

5. Both parties were ordered to maintain status-quo ante bellum while negotiation lasts

Confirming, Olatunji Tajudeen, the Lagos State JOHESU chairman, expressed disappointment on how the way impasse was handled by the authorities.

“Its a disappointment especially for our members in the federal. We couldn’t get anything out of it (the strike) and upon that they seized their two months salary,” he said.

The strike lasted 44 days and caused many deaths. Patients passed through untold pain and their relatives are grumbled as both federal, state and local government health institutions were brought to their knees.

There were series of meetings between the government and the union with the Ministers of Health and Labor, Isaac Adewole and Chris Ngige, leading the negotiations.

No common ground was reached in those meetings. Members of JOHESU accused both officials of bias.

In its Wednesday ruling, the National Industrial Court, offered to take over the mediation process between the striking workers and government.

JOHESU is an association of all health workers apart from medical doctors and dentists.

On the ninth day of the September strike, the union struck a deal with government and the strike was suspended.

But according to the union, six months after, the government is yet to meet any of its demands.

The union gave the government a 30-day ultimatum to meet their demands. That ultimatum elapsed April 17 – the day the latest strike started.

In the first week of the strike, the government threatened to invoke the ‘no work no pay rule’ but the union rebuffed the threat, saying it would remain on strike till its demands were met.

Nigerian doctors also threatened to withdraw their services across health institutions in the country if the government finally accedes to the demands of the striking JOHESU.