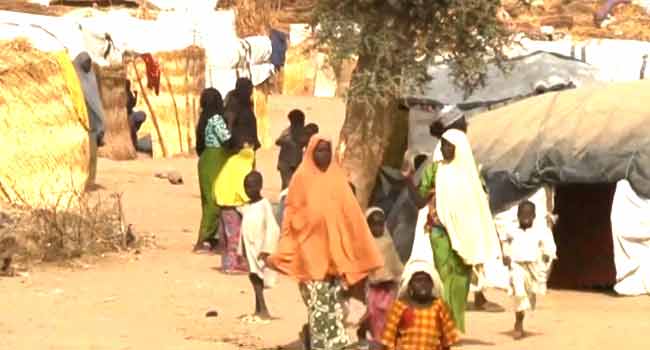 The Defence Headquarters has responded to the allegations of sexual offences levelled against the military by Amnesty International.

Addressing a news conference on Friday in Borno State, the Director Defence Information, Brigadier General John Agim, warned that the military would no longer tolerate such accusations.

He stated this after leading a team from the DHQ to Maiduguri, to investigate the allegations of rape and other sexual offences allegedly by soldiers positioned in Internally Displaced Persons (IDP) camps.

Brigadier General Agim told reporters that the team visited caregivers, camp officials, and women leaders in the camps, after which the military concluded that Amnesty International’s claims were untrue.

“I have interacted with the stakeholders in the camps that the Nigerian Armed Forces has neither molested, sexually assaulted nor raped any IDP as alleged by Amnesty International recent concocted report,” he said. “In the Armed Forces, we maintain that we do not condone rape and do not have rapists among us.

“You have also established that soldiers are not deployed inside the IDP camps; hence, the need to take you round the two most populous camps in Borno State which are Bakassi IDP Camp with over 35,000 displaced persons from five different local governments areas namely: Marte, Monguno, Gwoza, Gwuzamala and Nganzan, as well as Dalori IDP Camp with over 7,800 persons from Bama and Konduga local governments respectively,” the military spokesman added.

He explained that on gender-based violence, the DHQ specifically considers rape as an outright aberration and a grievous offence that cannot go unpunished.

The Brigadier General, however, decried allegations contained in the report of the human rights group as ineffective methodologies to address the matter.

He noted that it was about time the issue was addressed squarely, rather than resorting to blanket allegations.

To this end, he alleged that the organisation has not only positioned itself as an enemy of the Nigerian Army but the country as a whole.

“If you look at what happened this year from January to this moment, every month Amnesty brings out a report; before now we used to hear about their annual report.

“It is intended to ensure that foreign countries that are ready to collaborate with the military in the fight against insurgents do not do so – it is the same kind of report that made the US not to sell us weapons in 2014/2015.

“Why are they doing that, because they want the crisis not to finish? So, we also are compiling the activities of Amnesty International and by the time the military command looks at what they are doing, there may be a time that they will take action,” Agim said