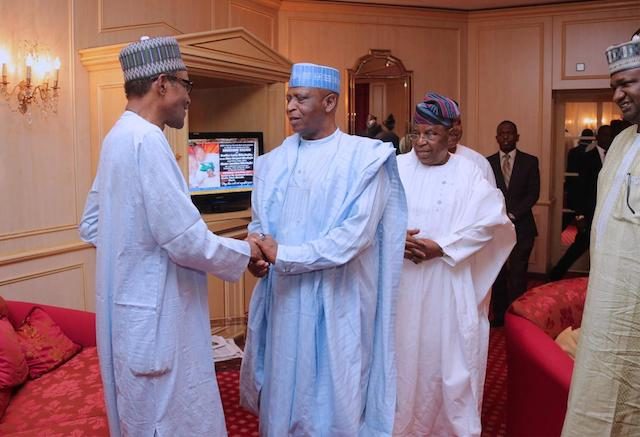 The leadership of a faction of the ruling All Progressives Congress (APC), known as nPDP, has announced withdrawal from dialogue with the APC-led federal government.

In a statement on Monday, the nPDP chairman, Abubakar Baraje, announced the decision after regurgitating the plight of members of his faction.

He accused the Nigerian presidency of double-standard and lack of good faith in the dialogue it entered with the aggrieved members of the ruling party under the nPDP.

He cited the police invitation of Senate President Bukola Saraki for questioning in a case of armed robbery and murder among indicators of the government’s alleged half-heartedness.

The nPDP were members of the Peoples Democratic Party who joined the APC in the build up to the 2015 elections.

Read the full statement below:

The public may recall that there have been ongoing talks between members of the former Npdp, the APC and the Presidency in recent days.

Nigerians may further recall that a team from the former nPDP led by Speaker of the House of Representatives, His Excellency Rt. Hon. Yakubu Dogara and four others, were to meet with the Vice President, His Excellency Prof Yemi Osinbajo today.

However, while we are truly and earnestly committed to achieving reconciliation, harmony, truce and cohesion in the APC as we approach the 2019 general elections, it is appears that the Presidency is not interested in the talks and that they may have been negotiating in bad faith.

We were alarmed that immediately after our meeting with the Vice President last week, the presidency misrepresented what transpired at the meeting by trying to blackmail some of the principal actors involved in the discussions in a national daily.

Similarly, the leadership of the party (APC) went ahead to ratify all the Congresses from ward, local governments, states and zonal where many of our members have complaints, effectively presenting us with a fait accompli.

The persecution of our members using state security apparatus have continued unabated.
We recognize the powers of the Police to conduct criminal investigations but by rushing to the public with the issue even when they have unfettered access to the leadership of the National Assembly suggests an attempt to undermine, caricature and humiliate the institution of the legislature.

It appears that there is a fouled and toxic atmosphere and environment of intimidation and threat to life in which we now find ourselves which may no longer be conducive for members of the former nPDP to continue with the talks. Given the unfolding events in the last 24 hours, where the President of the Senate, His Excellency, Dr. Abubakar Bukola Saraki and His Excellency, Alhaji Abdulfatah Ahmed, the Executive Governor of Kwara State , both of whom attended the meeting with the Vice President on Monday 28 May, 2018 ,have suddenly been accused of sponsoring armed robbery by the Police under the directives of the Presidency.

Similarly, on Saturday, June 2nd, 2018, the Department of State of Services (DSS) also suddenly withdrew more than half of all the security details attached to the presiding officers of the National Assembly under questionable circumstances.

The nPDP leadership has decided to brief our members on the unfortunate development and get a fresh mandate if good faith returns to the discussions.