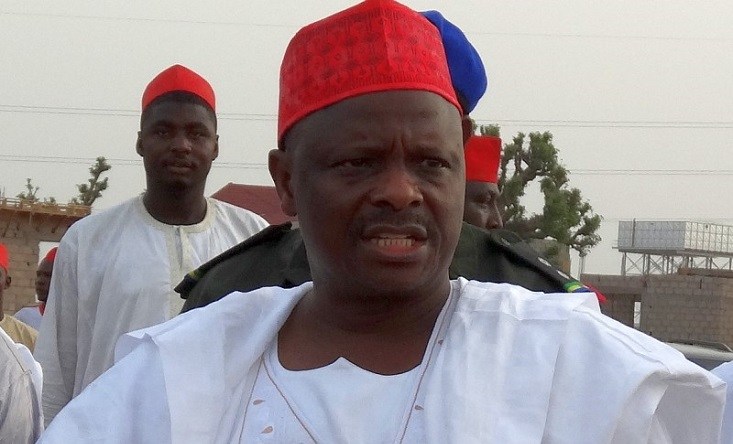 Baring last minute change, the former new PDP bloc of the All Progressives Congress (APC) will announce their exit from the mainstream of the party in preparation to joining the Peoples Democratic Party (PDP).

Arrowheads of the group include Senate President Bukola Saraki, Speaker of the House of Representatives, Yakubu Dogara, and a former governor of Kano State, Rabiu Kwankwaso.

Multiple sources told Journalists that the faction will address a press conference later on Wednesday to announce the decision.

The announcement of the formation of what is tagged the ‘new APC’ is said to be the first step in what would lead to a coalition of political parties and interests, to challenge President Muhammadu Buhari.

The faction, comprising some former governors and ranking lawmakers, has been in a tug of war with the APC government.

Some of the nPDP members, including Mr Saraki, former Adamawa governor, Murtala Nyako, and a senator, Dino Melaye, are facing corruption and other charges.

A number of the faction’s chieftains also complained about being left in the cold during the party’s congresses that took place between May and June this year.

Four governors and other ranking PDP members, including Mr Saraki, jettisoned the party in the run off to the 2015 polls, shoving up the chances of the then opposition APC.

But since forming the new government, many fault-lines started emerging, with the elements from the PDP bloc complaining of marginalisation.

A chieftain of APC who has been critical of the Buhari administration, Buba Galadima, confirmed the impending press conference to Journalists.

He, however, declined disclosing details though he did not refute that a new faction of the ruling party was going to be unveiled at the venue.

“I don’t want to preempt it,” Mr Galadima, who was secretary of the Congress for Progressive Change (CPC), Mr Buhari’s former party, said.

But a source familiar with the horse-tradings disclosed that the press conference today would herald merger of various blocs ahead of the election.

“There have been discussions and a memorandum of understanding drafted among the interest blocs that would take care of everyone’s interest going into the PDP,” the source said.

According to the source, those going into the new alliance include the Social Democratic Party (SDP) and the African Democratic Congress (ADC), believed to be backed by former President Olusegun Obasanjo.

Mr Kwankwaso’s spokesperson, Binta Spikin, was however unreachable Wednesday afternoon. Calls placed to her known telephone number did not go through.