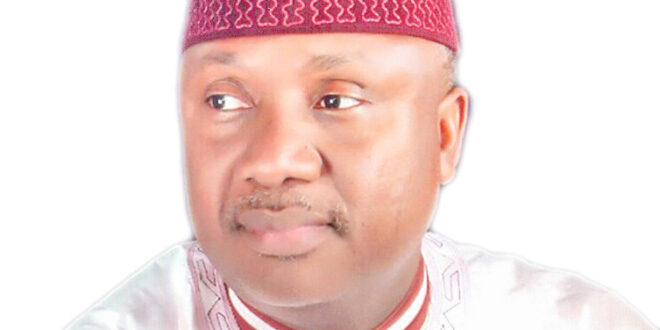 Governor Muhammadu Bindow of Adamawa State has denied a report making the round that he was under pressure to drop the state deputy governor, Martins Babale, for a Muslim candidate.

Mr Bindow in a press statement issued by the Commissioner of Information and Strategy, Ahmad Sajoh, described the report as “a blatant lie”.

The statement blamed desperate politicians who had lost relevance in the state of using ethnic and religious sentiments to discredit his administration ahead of 2019 general elections.

“We are aware that some politicians in Adamawa state who have totally lost political value and relevance have resorted to using ethnicity and religion as political currencies in the run-up to the 2019 elections.

“What is even worse is that these group of persons are willing to plunge this state into unending crisis if they are unable to achieve their political goals.

“In their desperation, they are prepared to go any length to score cheap political points including the recent hijacking of a peaceful procession organized by a credible religious body and now the hiring of a political tout masquerading as a journalist.”

While reiterating the commitment of the government not to be distracted by blackmail, the statement urged the media not to allow political jobbers use their platforms to settle personal scores.

“No amount of blackmail, intimidation or unholy use of ethnic chauvinism and religious bigotry, political jingoism or agbero-journalism will derail us.

“Let those who believe they have what to tell the electorate in 2019 step forward and face us in election using issues and achievements as factors that determine our relative electoral fortunes,” the statement added.