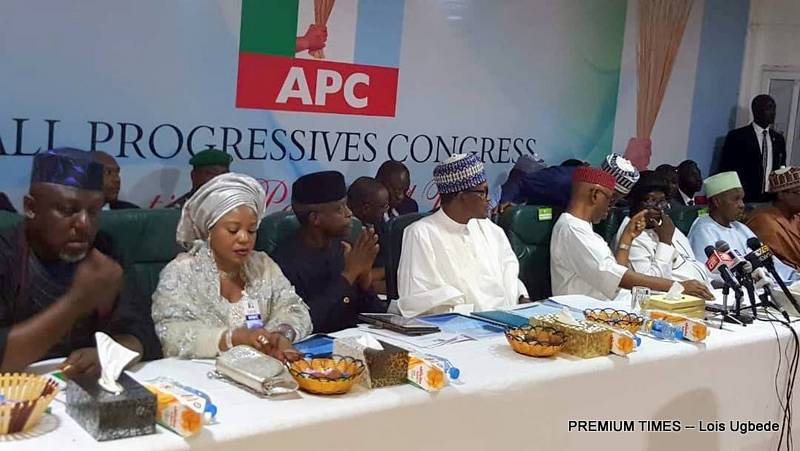 The All Progressives Congress (APC) has released the timetable for its primaries ahead of the 2019 general election.

In the timetable signed by the National Organising Secretary of the party, Emmanuel Ibediro, the APC said the activities will commence with the sale of forms from September 5 to 10.

This will be followed by nationwide congresses on September 12 to elect delegates for other primaries except the presidential which will be decided by direct primary.

“The National Working Committee (NWC) of the All Progressives Congress (APC) in line with the provisions of our Party’s Guidelines for the conduct of Party Primaries for the 2019 General Elections as approved by the National Executive Committee (NEC).

All forms are to be collected and submitted on or before September 12.

The party also revealed that the various payments for these forms should be made in full.

It listed its bank accounts.

The party noted there shall be no separate charge for deputy aspirants while female aspirants and physically challenged aspirants will pay 50 per cent of the prescribed fees for each position.