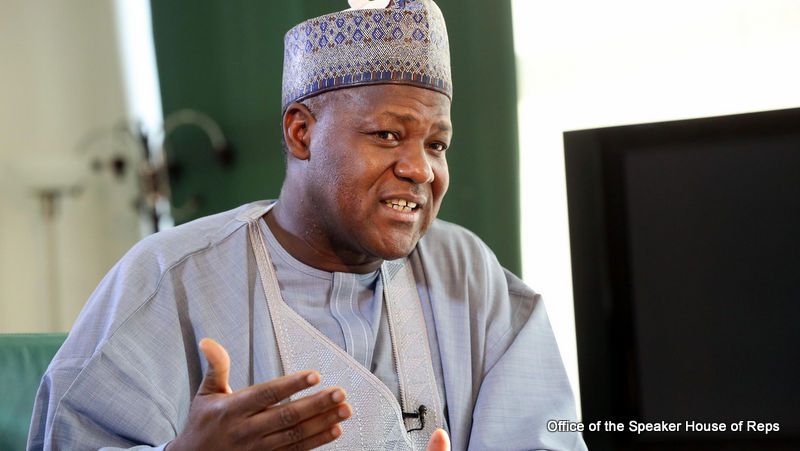 The speaker of the House of Representatives, Yakubu Dogara, has stated that he knows his constituents would vote for him even if he contested on the platform of a zero party.

Mr Dogara, who is believed to have joined the opposition People’s Democratic Party (PDP), stated this while receiving his constituents at his Abuja residence.

He also revealed that he was asked to beg for the ticket of the All Progressives Congress (APC).

“Truly, I have decided that I will not contest election again. They said they would give me a ticket in the APC but that I must go and beg for it. I said I did not need the ticket. In politics, I have never gone to anybody’s house to beg for a ticket.

“My ticket is my people. I have assured them that even if I run under a zero party, my people will vote for me. So long as it is Bogoro/Dass/Tafawa Balewa (constituency), even if we run under zero party; we will win by God’s grace.”

“We have thrived well in many political battles in the past and this one too, we shall overcome it. Nobody can threaten us or tell us that we cannot contest the election in a political party we spent our resources to establish; only God can stop us.”

“I (have) heard your voices and the voice of the people is the voice of God. We are in politics to serve and not to be served. As I said, if it were for myself, I will quit because truly I am tired and even thought of stepping aside. But we must run an election so long as our people say so.

“I have seen the forms you brought. I don’t know how you got it but I must thank you for this sacrifice. Left for me; I will appeal that you give me some time to go and consult further.”

The speaker added that he had not told his supporters in the APC what he intended to do and explained how he gave the APC the condition to pacify some federal lawmakers before he could reconcile with the leadership of the party.

the speaker had already purchased the PDP nomination form but he was reportedly presented with another by the visiting constituents.

The Bauchi politician was first elected to the parliament in 2007 as a member of the PDP, Nigeria’s ruling party from 1999-2015. He defected to the APC in 2014 as part of the new-PDP bloc that revolted ahead of the 2015 elections.

He has long been identified as amongst those expected to leave the APC, but he declined to make this public unlike Senate President Bukola Saraki and a host of other top APC politicians who abandoned the ruling party in recent months.