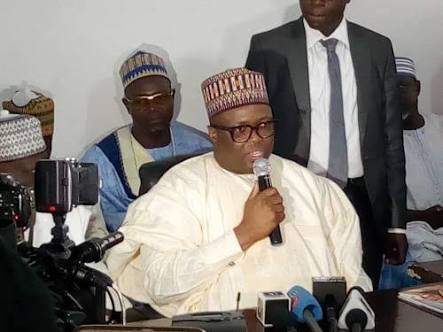 A series of high-level meetings, blackmail, protest organized by the camp of Halilu alias Modi hits the brick walls as NWC of APC finally submits Bindows’ name to Inec as the party’s governorship candidate come 2019 in Adamawa, the plot by Modi camp to bring up certifcate issue so that the NWC of APC to substitute Bindow’s name with Modi’s fails woefully. Despite all the horse trading , campaign of calumny against the Governor by Modi, the APC NWC refuse to yield to pressure to remove Bindow’s name, finally the infight between Modi, Ribadu has been laid to rest today.