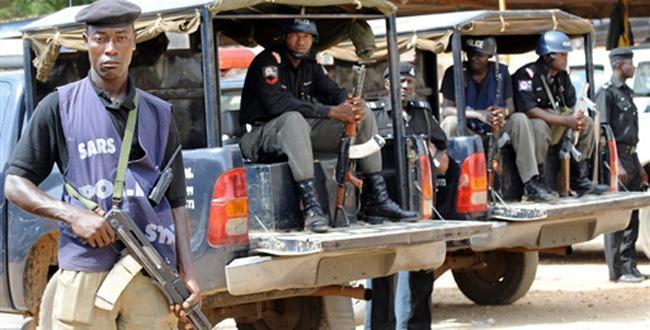 Three police officers attached to Ijanikin Division in Lagos State have been dismissed from the Force for robbing a Togo-based Nigerian of 350,000 CFA (about N221,508).

The News Agency of Nigeria (NAN) had reported on Wednesday that four policemen were arrested for allegedly robbing one Theodore Ifunnaya of 350,000 CFA (about N221,508).

The dismissed personnel accosted the victim, a Nigerian based in Togo who came to celebrate Christmas in Nigeria, and subjected him to tortuous search and interrogation.

When the dismissed officers discovered the sum of money on him, they collected the money, exchanged to Naira and gave N2000 to the victim to go home.

The policemen also threatened to arrest him for alleged robbery if he speaks out.

Lagos State Police Command Spokesman, Chike Oti, confirmed the dismissal on Sunday, stressing that the fourth policeman, an Inspector, was recommended to the AIG Zone 2 for dismissal.

“The authorities of the Lagos State Police Command wishes to inform members of the public that the Command’s Provost Section, trying four policemen attached to Ijanikin Division for discreditable conduct and corrupt practice, has found them guilty on all counts and accordingly recommended them for dismissal from the Force.

“Based on the recommendation of the adjudicating officer, the Commissioner of Police, Lagos State, CP Imohimi Edgal, approved the dismissal.

“Meanwhile, the recommendation for the dismissal of Insp. Amiete has been forwarded to the Assistant Inspector- General of Police, Zone 2 for approval,” Mr Oti said.

Mr Oti said that the policemen had conducted themselves in a manner unbecoming of their status in the Force.

He said the police commissioner has redeployed the Divisional Police Officer in charge of Ijanikin Division, Eugene Ubine, for lacking in the supervision of his men.

“He, therefore, warns Area Commanders, Divisional Police Officers and Heads of departments to strictly monitor the activities of their men for better service delivery.

“He added that the punishment meted out to the undisciplined policemen is intended to serve as a deterrent to others.”