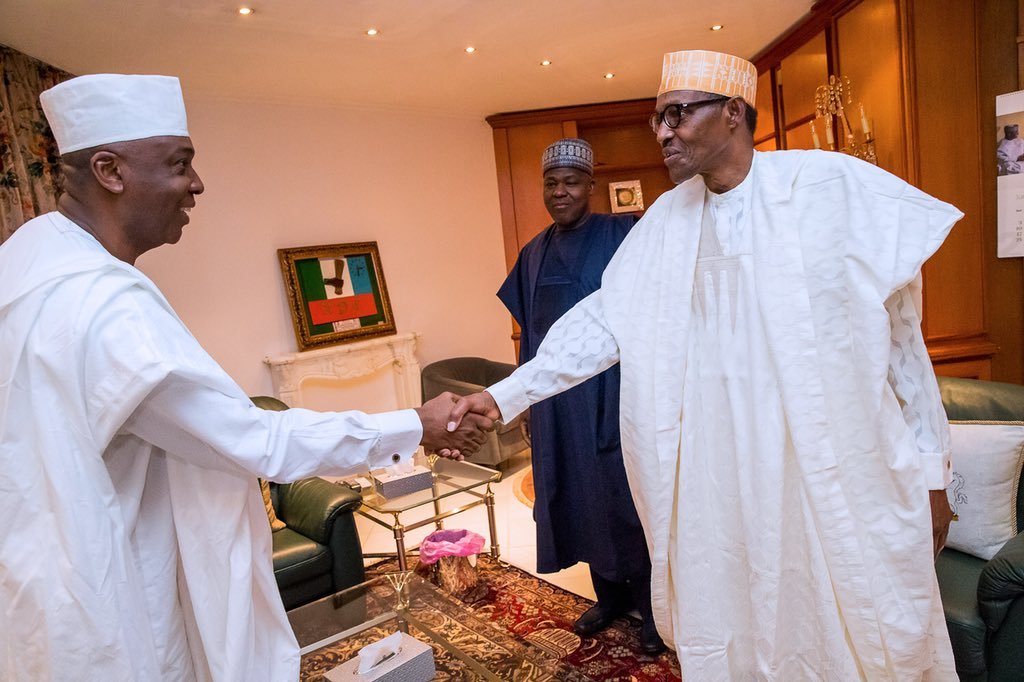 President Muhammadu Buhari has no integrity and his government is corrupt, the Senate President, Bukola Saraki, has said.

Speaking in a Channels TV interview Wednesday, in his capacity as the director general of the Atiku Campaign Council, Mr Saraki said the president was tolerating corrupt associates and that has cost him his integrity.

“There is no doubt that there are corrupt people around the system. If the President is fighting corruption truly, I am baffled how a member of his government who was found wanting, up till today, no charge, no prosecution,” the senate president said.

“To me, once you can do that, you lose integrity, the moral high ground to say you are fighting corruption. You must show that nobody is above the law, you must show that no matter how close anybody is to you that you’ll take action and that’s not happening,” he said.

Responding to a question on whether the president himself is corrupt, Mr Saraki said it is the administration that is corrupt.

“Based on the action I’ve seen, yes his government is corrupt if you are not taking action when people are corrupt. Why condoning it?

Mr Saraki, who parted ways with the All Progressives Congress in July 2018, cautioned opposition supporters against blaming the PDP for the country’s problems.

“A government comes into power and says I will create jobs. Instead of creating it has lost jobs up to 20 million. It now blames it on the government of 16 years ago. No. You came into government, you said this is what I promise and you did not deliver. To now blame that on a government that was there before is no excuse. If you cannot create new jobs, at least sustain the existing ones.”

“In 2015, one of the areas we labelled the Jonathan government of corruption was the issue of fuel subsidy scam. One of the major issues that came up then was that we were importing fuel based on our assumption of 30 million consumption daily and all experts will tell you that Nigeria cannot consume maximum 22 million litres per day.

“At that time, we said the Jonathan government was corrupt. You will then think that a government that was to fight corruption, different leakages will ensure that the subsidy is better managed.

“Instead of bringing down the 30 million, the government is doing 50 million. We cannot consume 50 million litres per day. It is those money being stolen.

“I said it last year that you must bring subsidy into the budget. NNPC convinced the President to say it is not subsidy but under-recovery. It is not subsidy. What is under-recovery? Finally, in 2019 the president decided to bring it. He should have done that all along,” he said.