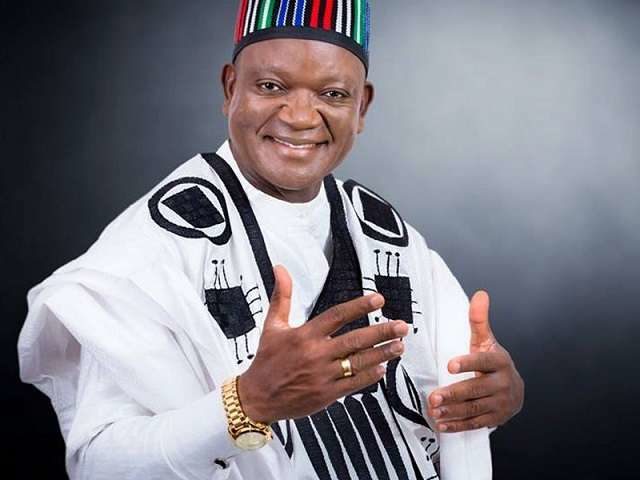 Gov. Samuel Ortom of Benue on Saturday bagged a Chieftaincy title of the ”Ageva-U-Tyoshin” meaning the protector, barrier and the hedge of the Tyoshin people.

The title was bestowed on Ortom by the Tyoshin Traditional Council, Gwer West Local Govrrnment.

Mr Daniel Abomtse, the traditional chief of the area, charged the governor to continue to be the defender of the Benue Valley.

Abomtse added that the title conferred on the governor was as a result of his firm stand against the killing of his people by the Fulani herdsmen.

He told the governor that the chieftaincy title given to him by the Tyoshin traditional council for standing by his people was a clear assurance of victory in the forthcoming governorship election.

Responding, Ortom expressed happiness for the honour done him by the Tyoshin traditional council, and pledged not to disappoint them.

He said that the award would spur him to do more for the state and the traditional institution in the state.

He further urged them to keep faith with his administration and his re-election bid, to enable him consolidate on the good work that he had started.

Also speaking, the Special Adviser to the Governor on Local Government and Chieftaincy Affairs, Mr Jerome Shimbe, sued for a collective collaboration from all and sundry in Benue and Tyoshin in particular, to actualise the re-election of Ortom.

Tinubu Is Supporting Buhari To Preserve His 2023 Presidential Ambition – Saraki