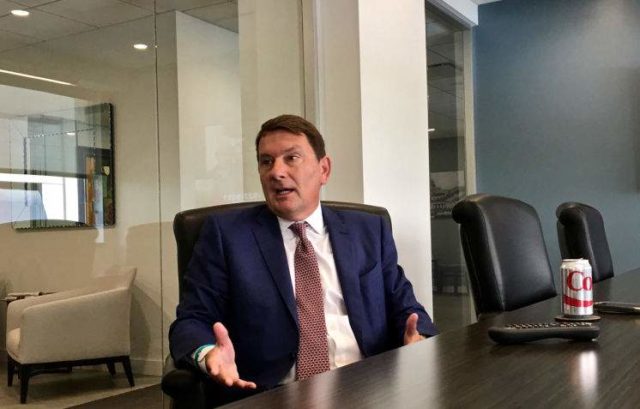 The full story is now out: Brian Ballard, a friend of the US President, touted to be the most powerful lobbyist in America, arranged the short Washington trip of Abubakar Atiku, the presidential candidate of the Peoples Democratic Party.

In documents published online by Popular Information Atiku’s PDP hired Ballard’s lobbying firm for $1.1m a year, and already has paid the firm $540,000 by the terms of the agreement.

The contract was signed between Ballard and Osita Chidoka, a former aviation minister on 21 September, 2018, weeks before Atiku emerged in October as PDP Presidential candidate, in a primary election widely reported to have been influenced by the free spending of dollars to woo delegates.

Part of the assignment of Ballard Partners “include advising, counselling, and assisting the foreign principal in communication with U.S. government officials, U.S. business entities, and non-governmental audiences”.

What was clear was that Ballard may have come in handy in clearing all the obstacles on Atiku’s path to travel to the United States.

As a Politically Exposed Person, Atiku
was one of the foreign officials barred by the US government from coming to America, following allegations of money laundering.

However, he has never been charged.

According to the report, Abubakar, through his wife, Jennifer Douglas Abubakar, funnelled $40 million in “suspect funds” to the United States, including millions in “bribe payments.”

Despite denials by Jennifer, the Senate Committee confirmed the transfer of over $1.7 million from Siemens AG to Ms. Douglas’ account at Citibank.

Atiku was also mentioned in the $500,000 bribery involving former congressman William Jefferson, who bagged a 13 year jail term, after collecting $100,000 from a US firm that wanted to do business with Nigeria. $90,000 was found in Jefferson’s freezer by the FBI, but after a raid of Atiku’s mansion in Maryland, no money was found.

Ballard was believed to have used his Trump connection to help Atiku wangle his way to Washington, after about 13 years since he last travelled there. On arrival, Atiku and his entourage also stayed at Trump International Hotel in the US capital.

Ballard, who is 56 years old, is said to be the most powerful lobbyist in America in the Trump era, according to Politico.com.

Among his clients are governments of Qatar, Turkey, Maldives, the Dominican Republic and Mali and US corporate giants Amazon, Sprint and Uber.

Read the contract between PDP and Ballard Partners:

FG, NLC To Meet On Sunday Over Minimum Wag