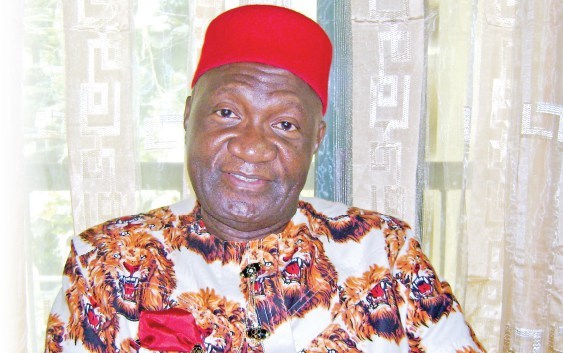 The Anambra government has disassociated itself from the communiqué by Ohaneze Ndigbo endorsing the candidacy of Alhaji Atiku Abubakar  an endorsement described as “dubious’’ and “misleading” by APC.

Abubakar is the People’s Democratic Party (PDP)’s presidential candidate in the February 16 election.

Prof. Solo Chukwulobelu, the Secretary to Anambra Government (SSG), made the disclosure in a statement made available to newsmen in Enugu.

Chukwulobelu declared that the contents of the communiqué did not reflect the Anambra Government’s position.

It will be recalled that an arm of the Ohaneze Ndigbo ‘Ime Obi’ arising from a meeting on Thursday in Enugu declared support for Abubakar.

Ime Obi is like a rapid response arm of the Ohaneze Ndigbo, comprising delegations from the seven states that make up the organisation including state governors.

However, Chukwulobelu expressed dismay that the apex Igbo socio-cultural organisation had decided to be partisan, in spite of the fact that members of the organisation belong to different political parties.

Chukwulobelu said: “We have read bits of the communiqué purportedly issued by the Ohaneze leadership. We regret that they do not reflect the position of the people and Government of Anambra State.

“The position of the Anambra State Government is that Ohaneze should remain a united umbrella for all Ndigbo, and should not take sides with any party.

“It is deeply regrettable that the Ohaneze leadership has chosen to go down a divisive trajectory capable of setting back Igbo unity for several years,” he said.

The SSG said that Gov. Willie Obiano had sent a delegation to attend the Ime Obi meeting summoned by the organisation in Enugu.

“Our delegation arrived early enough to participate in the meeting of Ime Obi scheduled to start at 7 p.m. on Thursday.

“We were surprised to learn that the meeting had been held earlier and lasted for a mere 30 minutes.

“The representative of the Ebonyi State Government, Dr Eric Kelechi Igwe, who arrived at the venue before the time the meeting was scheduled to start was also surprised that it had already taken place.

Chukwulobelu said that they were shocked that the meeting was even slated for a day President Muhammadu Buhari was campaigning in Anambra and Enugu States.

He said that Buhari’s visit to Anambra was to honour Dr Nnamdi Azikiwe, First Republic President of Nigeria, and the leadership of Ohaneze Ndigbo was expected to participate actively.

“We were, indeed, surprised that the Ime Obi meeting could hold today (on Thursday) of all days.

‘‘We had expected Ohaneze leaders to participate actively in the inauguration of the Zik Mausoleum, Onitsha, Anambra State,” he said.

Chukwulobelu said that the Mausoleum which had been under construction for the past 23 years was completed by the Buhari’s Administration which was a big honour to Azikiwe, an Igbo man.

Meanwhile, the All Progressives Congress (APC) has described the as dubious and miss-leading.

Malam Lanre Issa-Onilu stated this on Friday in Abuja at a news briefing while reacting to the development, which he said was a miss representation of the interest of Indigo.

The APC spokesman, however, said that the purported endorsement may have been done by Atiku’s friends whom he had publicly promised to make rich if he became the country’s president.

He added that Indigbo should beware of PDP, and Atiku’s restructuring deceit.