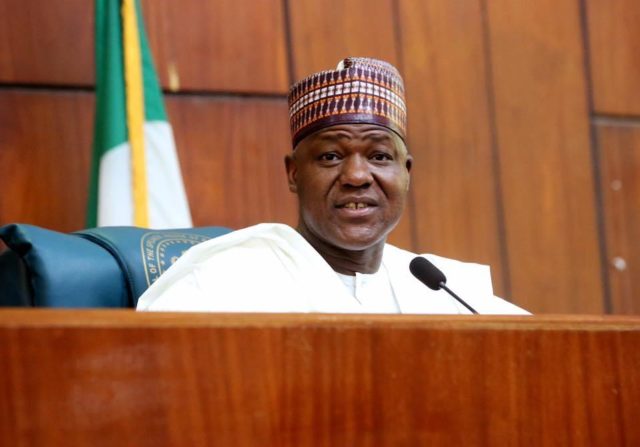 Ali Ali, Special Adviser on Media and Strategy to Governor Mohammed Abubakar of Bauchi State has accused House of Representatives speaker, Yakubu Dogara of spreading fake news about the governor.

The Speaker had claimed that Governor Abubakar diverted N400 billion from Bauchi treasury, since 2015 when he was elected.

But Ali Ali said the allegation is baseless. He dismissed it as outright falsehood and rantings of a sinking politician.

Ali said the Speaker’s irresponsible statement might have been triggered by premonition of his electoral humiliation by the voters of Bauchi State.

”This is absolute balderdash especially coming from a supposedly enlightened leader.

“The total receipt from FAAC in the preceding three years is no where close to that outrageous figure . It is regrettable that imminent electoral loss is making the Speaker lose his mind. Making such fantastic claims will not save him from the fury of voters in the coming polls.

“For a lawyer, this ridiculous allegation underscores the quality of his thoughts and actions as number four citizen. His leadership is defined by primordial segmentation and sentiments. It is regrettable that his tunnel vision is impervious to the wider and more cosmopolitan polish of the office of the Speaker of House of Representatives,” Ali Ali said.

IT IS THE ERRONEOUS ASSUMPTION THAT MODI CAN DEFEAT BINDOW IN APC GUBER PRIMARY-...

Breaking: 2019: Why Bindow remains most credible option for Adamawa– CSO