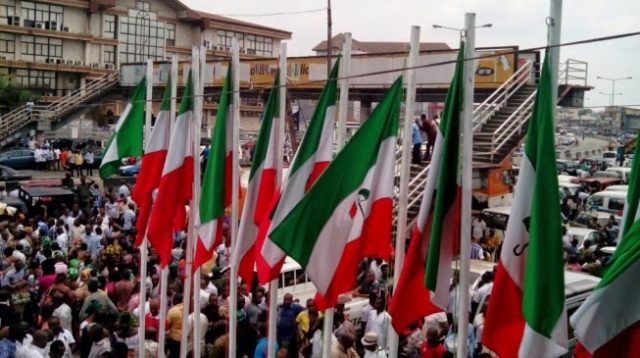 The national chairman of the Peoples Democratic Party (PDP), Uche Secondus, on Saturday condemned the postponement of the 2019 general elections by the Independent National Electoral Commission, (INEC).

In a statement his spokesperson, Ike Abonyi, Mr Secondus described the development as a deliberate plot by President Muhammadu Buhari to cling on to power even when it has become obvious to him that Nigerians want him out.

Mahmood Yakubu, chairman of the Independent National Electoral Commission, announced at about 2:40 a.m. Saturday that the election had been postponed, barely hours after Nigerians were set to hit the polling units.

The elections would now hold on new dates scheduled as February 23 for presidential and National Assembly elections and March 9 for governorship and state assemblies elections.

Mr Yakubu said the announcement came hours after a string of strategic meetings were held by top INEC officials to review preparedness for the exercise. It was concluded that a rash of logistics challenges that arose on Friday informed the postponement.

Ekiti, Niger and Taraba States were identified as some of the states that faced glitches in distribution of voting materials that would be difficult to resolve in time for the elections Saturday morning, thereby forcing the postponement.

Nigerians online expressed severe disappointment in INEC’s decision, with many criticising the umpire for displaying incompetence since it had four years to prepare for the exercise.

Atiku Abubakar, the PDP’s presidential candidate, also condemned the postponement and accused the Buhari administration of inflicting it on Nigerians to disenfranchise them.

Mr Secondus warned that the party will not accept anything short of a well organised electoral process devoid of manipulation, harassment and intimidation of voters and opposition elements.

“Having failed in all their nefarious options to enable them cling on to power, the APC and the INEC came up with the idea of shifting election an action that is dangerous to our democracy and unacceptable”, Mr Secondus said.

Mr Secondus alleged that the APC in connivance with the INEC has been trying to undermine the exercise, including burning down INEC offices in some states and destroying electoral materials to create artificial problems upon which to stand for their dubious act.

“With several of their riggings failing, they have to force INEC to agree to a shift in the election or a staggered election with flimsy excuses pre-manufactured for the purpose.

“For the avoidance of doubt the PDP sees this action as wicked and we are also aware of other dubious designs like the deployment of hooded security operatives who would be ruthless on the people ostensibly to scare them away,” Mr Secondus said.

The National Chairman recalls that the PDP had earlier alerted Nigerians that the APC was coming up with lined up rigging strategies including burning down of INEC offices and engineering crisis in PDP strong hold areas to scare away the people.

Mr Secondus also blamed the killing of about 66 persons, including women and children, in Southern Kaduna on the APC, saying it was a scheme by the ruling party to frighten the people away from voting states.

Mr Secondus did not present any evidence to support his allegations against the APC on either the elections shift or the deaths in Kaduna State.

Earlier, Festus Keyamo, a spokesperson for Mr Buhari’s campaign, released a statement criticising the PDP as being behind the postponement, and called on Nigerians and the international community to safeguard the independence of the electoral commission from sinister influence of the opposition.

FACT-CHECK: The Truths, half-truths and lies presented by Gov. Fintiri at media parley.