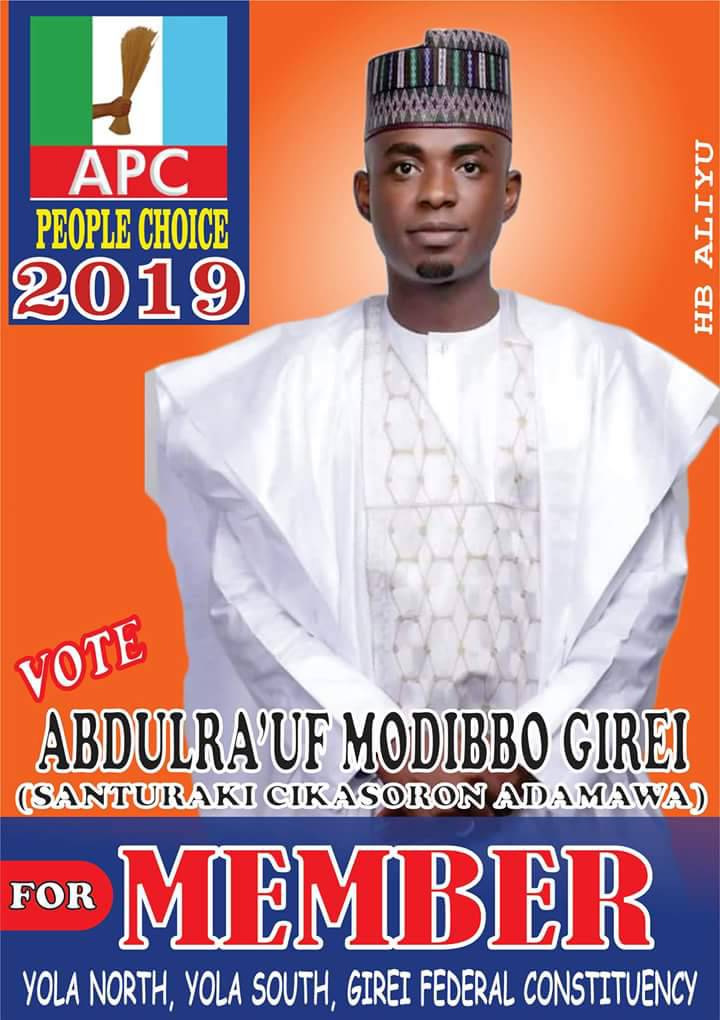 Why Abdurauf Modibbo should be supported in 2019 – Support group

The elect AMG Movement has reeled out reasons why Abdurauf Modiibo Girei deserves to be elected for four years in 2019.

At a meeting on Monday, the movement cited the electrification of more than 15 communities spread across the three local governments that made up of the  Federal constituency, the building of health center in bole, the replacements of over 8 electric transformers in the three local government” as one of the reasons AMG should be elected come 2019.

The group said Abdurauf Modibbo acceded to the cry of the Lakare community and the Yolde pate and Girei community, shortly after lunching of his campaign bid.

Besides the community electrification, the group urged electorates in the three local Government that makes up of the Federal constituency to also remember how a man who has never being vote into the green chamber of the National assembly rescued about 15 communities that were nearly comatose as a result of lack of electricity, especially Lakare and Bole community in Yola South.

“It took the timely intervention of AMG to bail out the communities electrically, irrespective of their party affiliation,” the elect AMG Movement said.

The group challenges any aspirants either from the PDP or the ADC to go to Lakare/ Bole or Yolde Pate and hear the good testimony about AMG, which singularly connect Lakare and Bole community to National Grid.  But, being an aspirant that had the people’s interest at heart, the AMG administration will prioritise the electrification projects of all the communities under his constituency abandoned by his predecessors.

“ the group challenge electorates in the three local Government that made up of the Federal constituency to ask the candidates of the ADC and PDP what they have done to communities before seeking their votes, AMG did not go to office before starting the rural electrification projects he started in the various community under his constituency” it said.