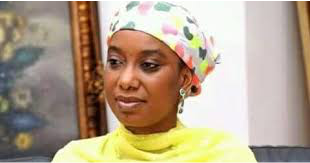 Adamawa central youths have called on the national leadership of the All Progressives Congress (APC) and Gov. Bindow  to call Aisha Ahmed alias Binani, the Central Senatorial candidate of the APC to order over alleged anti-party activities. The group, in a statement by its Coordinator, Musa Dasin, said recent political events in the state were a strong pointer and confirmation that the senatorial candidate  was engaging in anti-party activities which may spell doom for the APC in the 2019 elections and also make it lose some of the senatorial tickets come Saturday.

“We have observed with utmost dismay how some members of the APC are currently supporting an ADC reps. aspirant in Adamawa central, we want to remind those allegedly involve in supporting candidates of other political party that, all is not yet uhuru for them as they have the biggest political battle of their life to fight come Saturday.   While it is the right of anyone to belong to any association of their choice, we find it ridiculous that these people enjoy massive backing from some APC candidate who’s supposed to be one of the leader of the APC in  State.

“Despite several entreaties and reconciliatory moves by the leadership of the party, these people have turned deaf ears by supporting candidates of other political party. We have it on good note that some APC candidates is secretly funding and supporting their moves at the detriment of their party. The group added: “The anti-party activities of the candidates, if not checked and quickly addressed, will spell great doom for the party and negatively affect its chances in the Saturday elections.”

Like Loading...
Previous PDP’s position on ballot snatching indicates it wants to rig
Next Atiku to PDP’s NEC: We are at edge of victory