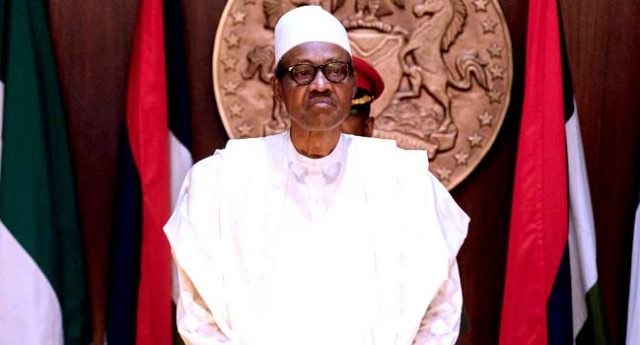 President Muhammadu Buhari’s campaign has released the statement below alleging that the main opposition candidate, Atiku Abubakar, plans to secure a court order to stop the announcement of results.

The APC campaign team also made other allegations against Mr Abubakar, most unsubstantiated in what has become a pattern between the two parties.

See the full statement below.

Our usual patriotic sources from within the disgruntled PDP circle and Atiku’s Campaign team have reliably informed us that Alhaji Atiku Abubakar has perfected plans to finally scuttle our democracy and throw the country into constitutional crises by surreptitiously obtaining an exparte (one-sided) court order stopping the announcement of the Presidential Election results which he fears have gone against him.

We understand that a meeting was held today with a group of senior lawyers who were instructed to prepare and file the processes in court on Monday, February 25, 2019. Alhaji Atiku Abubakar was clear in his brief to the lawyers that he must be declared the President-elect of Nigeria by hook or crook, whether he wins or loses, or else he would drag the country down with him.

Nigerians would recall that the June 12, 1993 debacle that brought Nigeria to its knees and caused our country international isolation was precipitated by a court injunction stopping the announcement of Presidential Election results. The court order was obtained by a certain Association for Better Nigeria headed then by one Chief Authur Nzeribe. This is exactly what Alhaji Atiku Abubakar, who claims to be a democrat, wants to foist on this nation again because of his inordinate ambition.

We are also informed that Alhaji Atiku Abubakar confided in those around him that his desperation is borne out of the fact that he has made profound commitments to his local and international sponsors regarding the sale of our national assets like NNPC and others to them that he cannot just afford to let them down at this time, having assured them that there was no way he would not win the presidential election. However, results trickling in from around the country have dampened his optimism.

This has prompted his instructions to his campaign organization, especially his spokespersons to continue to issue statements, making false claims of ‘victory’ when there is no single scientific basis for such claims. For instance, as brazen as they are to claim victory, they have not pointed at one single presidential election result in any single unit in the whole country where they scored a particular figure with a result sheet duly signed by their agent that was subsequently changed at a Collation Centre. All we hear are sound bites of Atiku’s spokespersons, huffing and puffing about winning the election just to whip up public sentiments to prepare the ground to reject the results when they are eventually released by INEC.

For us our position is very simple and straight forward: we wish to allow the legal process of declaring presidential election results to take place peacefully and in an orderly fashion. President Buhari is not desperate, but is very confident of victory.

We also note their attempt to discredit the entire elections by certain isolated incidents of violence in some parts of the country. For instance, Lagos State that has more than 13,000 voting points recorded a very unfortunate, despicable and condemnable act of violence in one voting point that was clearly not perpetuated by any known or accredited member of our party. Yet the PDP has cried out to the world about ‘burning of ballot papers in most parts the country’.

We therefore wish to advice anyone who wishes to aid and encourage Alhaji Atiku Abubakar along this infamous part to remember the June 12 debacle. Alhaji Atiku Abubakar may also wish to learn a lesson or two from President Muhammadu Buhari who resorted to the court of law in 2003 when Atiku, along with President Olusegun Obasanjo, ‘defeated’ him in the presidential race in that year in controversial circumstances. President Buhari, as a true statesman and democrat, never resorted to underhand tactics to declare himself President.

We hope a word is enough for the wise.