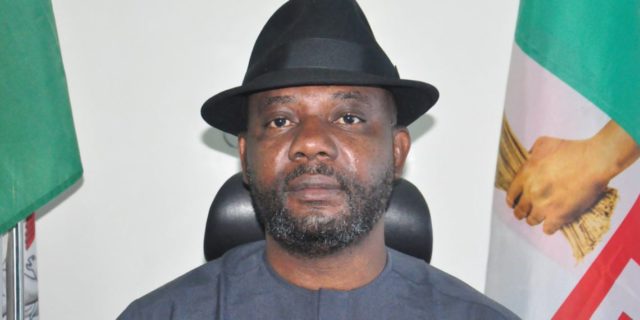 Chieftain of the All Progressives Congress (APC), Yekini Nabena has said that the party will reclaim its stolen mandate in states where the 2019 elections were conducted in flagrant disregard to electoral values.

Nabena said the rerun elections in Bauchi, Sokoto and Adamawa states which threw up PDP candidates as winners were marred with massive rigging, violence and incidences of vote buying, saying the election in those states fell short of acceptable minimum standard.

Nabena who is also the Deputy National Publicity Secretary of the APC believes that the rerun elections were not conducted in line with the laid down rules and regulations of the Independent National Electoral Commission (INEC).

Speaking with newsmen in Abuja, Nabena expressed confidence that the Party will reclaim its stolen mandate through the tribunals.

He said: “Following a review of the governorship re-run election in Bauchi, Sokoto and Adamawa states, it is evident that massive rigging, thuggery and vote-buying characterised the exercise.

“It should be noted that while the APC has over two third of the members of the State House of Assembly in Bauchi and a clear majority in Sokoto state from the governorship elections, the re-run was rigged and was conducted without regards to laid down rules and regulations of INEC.”

When asked whether his party will challenge the outcome of the three states in the Election Petition Tribunal, the APC deputy spokesman expressed optimism that APC will surely reclaim its mandates “which the people of the states affected freely gave to the ruling party.”

“To this end, the outcome of these reruns will be challenged at the election tribunals to reclaim our mandates in those states.” Nabena said.

Bindow Votes, Confident Of His Re-election