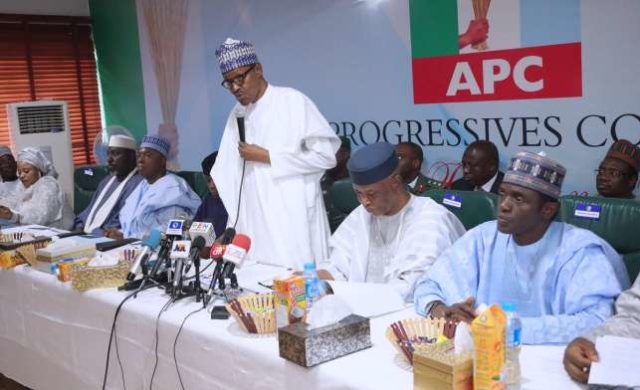 Ahmed Lawal, Organising Secretary of APC in Adamawa State, on Sunday insisted that power must shift to the southern part of Nigeria in 2023.

Mr Lawal made the call in an interview with Journalists in Yola.

He stressed the need to demonstrate fairness in the polity, adding that the southern part of Nigeria supported the Northern part to retain power for eight years.

He advised the APC to ensure power rotation in 2023 to enhance national cohesion.

He rejected comments from those he called “some selfish northern politicians” intent on shortchanging the south in the scheme of power play.

The organising secretary said that the proponents of power retention in the north are selfish as they cannot claim to be speaking for the entire north.

“We must rotate power to Southern Nigeria for the spirit of equity, fairness and harmony.

” As far as Nigerian unity is concerned, power shift must become a stabilising principle so that no region will feel relegated and oppressed politically.

“It was instructive that our political leaders sought support from southerners while APC was mobilising during 2015 election.

” It is glaring that they cooperated well as no southern APC politician contested the primary election during 2015 and even in 2019.

“It is also instructive that those singing northern power retention cannot speak for the north because they are not authorized.

“As you can see some of them who claim to be members of the APC, worked against the party in the just concluded governorship election to build up PDP to be able to achieve their sinister agenda,” Mr Lawal said.

He advised APC members at all levels to ensure they addressed internal squabbles emanating from the just concluded elections with the view to repositioning the party for future elections.

He also advised the party to reorganise itself to be able to manage its victory well, saying that victory can be more difficult to manage than failure.

it will be recalls that the disgraced former SGF, Babachir Lawal, and Junaid Mohammed, another politician from Kano, at different interviews said that rotation of presidency in 2023 to Southern Nigeria is not automatic.

ASUU Strike: Lecturers walk out of meeting with govt delegation

Court Orders Detention Of Former AGF Adoke For Another 14 Days