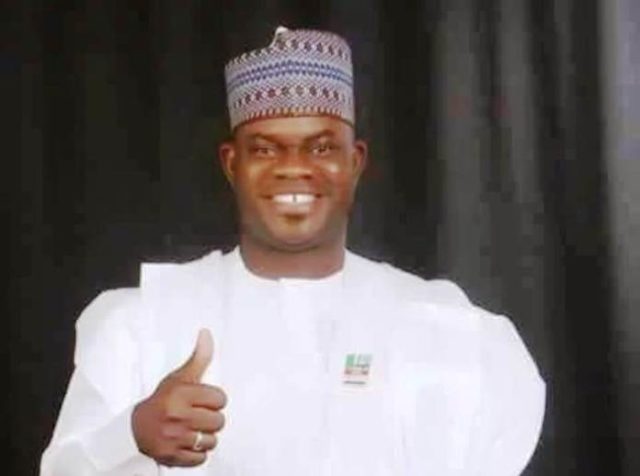 Gov. Yahaya Bello of Kogi State has officially declared his intention to contest for another term in office on the ticket of the All Progressives Congress (APC).

Bello made the declaration on Wednesday while inaugurating the board of the State House of Assembly Service Commission at Banquet hall Government House, Lokoja.

It would be recalled that the Independent National Electoral Commission (INEC) has slated the governorship election in the state for Nov. 2.

The governor said his declaration came after consultations with the leadership of his party both at the national and state levels.

He added that the pressure from the people of the state on him to seek re-election as well as the official release of the State’s Election time table by INEC also necessitated his decision to re-contest.

“I would like to inform the good people of the state, the APC family and supporters from the state, the Local Government Areas (LGAs) down to the wards and polling units, as well as various stakeholders, opinion molders, families and friends of my interest to run for a second term in office as the Executive Governor of the state.

”I have sought the blessing of the Almighty God and our good people; I will have to contest for the second term so that we can build on our modest achievements so far in the state by taking it to the next level,” Bello said.

He urged members of the board to always let the interest of the state be paramount in their mind, and shun any form of tribal or religious sentiment.

He further enjoined them to serve well with all their capacity and ensure they cooperate with the members of the state House of Assembly.

Mr Matthew Kolawole, the Speaker, commended the governor for his magnanimity to have signed the bill and for inaugurating the board.

”All of us in the House of Assembly are happy with the inauguration of the board of the commission, because it marks the beginning of our financial autonomy,” Matthew said.

He expressed happiness over the governor’s declaration for second term bid, saying they had been expecting it.

“Our prime objective right now is to see him returning on Nov. 2, as the 5th executive governor of the state, and it shall come to past,” he said.

Mr Andas Momoh-Jimoh, the Chairman of the Commission, commended the governor for the opportunity given to them to serve.

”I believed in oneness and unity of the state and I am going to carry out this assignment without any bias, fear, favor or any religious or tribal sentiment,” he said.