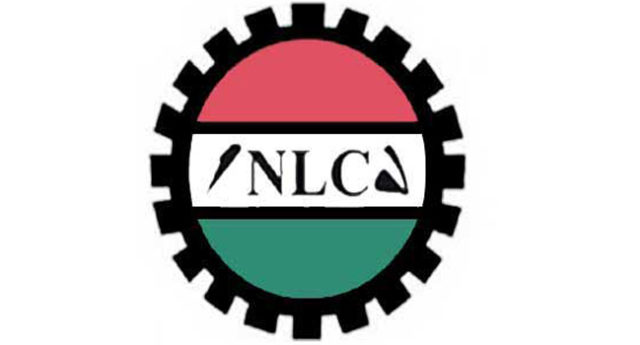 The Nigeria Labour Congress (NLC) has urged workers in the nation’s airports and those in the 163 countries that are members of the International Trade Union Confederation to subject the Minister of Labour and Employment, Chris Ngige, to ridicule.

The congress said it called for the action because Mr Ngige invited thugs against workers during a “lawful protest” to his house.

Rising from its Central Working Committee meeting on Thursday evening, the Congress demanded an “unreserved apology from the minister, for his action.

Speaking with journalists after the meeting, the national president of NLC, Ayuba Wabba, said the actions of the minister was a clear indication that he was not fit to occupy public office.

”He is not fit to be a minister. He has no reason to be called minister of labour. He is a lord of his own and therefore instead of protecting us, he is against us.
Therefore we have nothing to do with him under the circumstance.”

“NLC has sent messages to all workers in the 163 countries who are members of the ITUC to embarrass the minister and members of his family anywhere they are seen, especially at airports where workers operates,” he said.

Mr Wabba said the minister has no right to change the appointment made by the president on the excuse that he never recommended Frank Kokori to head the NSITF board.

“The real reason he is opposed to Chief Kokori was because the veteran labour leader cannot be compromised. Since the minister has been talking about the issue of corruption in the NSITF, the government should put in place a judicial commission of enquiry to investigate the agency so as to unravel who the actual corrupt persons are,” he said.

According to Mr Wabba, “who are the actual corrupt people in NSITF? Is it the board that has not been inaugurated or it is the minister?”

“In any case, he has abandoned his office and has been operating from his house. The house has been his second office for some time now and he has been avoiding any place where he will come in contact with us.” Mr Wabba said the money in NSITF belongs to workers because it is a contribution of employers to take care of the social needs of their workers.

“That is the only reason why Labour and NECA have two members each, on the Board. Even the ministry of labour has only one member. So, we are demanding that the Board, headed by Kokori, be inaugurated and all the thugs who attacked us in the full glare of security agents be investigated and prosecuted,” he said.

The NLC president said the national protest will be restricted to Abuja for now and asked all affiliates and state councils to begin to mobilise their members ahead of the protest.

I will sue NLC – Ngige

Reacting to the incident at his residence, Mr Ngige said he and his unnamed neighbour are planning to institute legal action against the Nigerian Labour Congress (NLC).

He said this while fielding questions from state house correspondents on Thursday in Abuja.

According to Mr Ngige, picketing does not mean that you go to people’s private residences because you don’t know who occupies there.

“So, I was surprised to read about thugs and people hospitalised, people beaten. I have tried to do some investigations and enquiries,” he said.

Mr Ngige said the union’s grouse is the inauguration of the NSITF board.

He said according to the International Labour Organisation (ILO) convention, the labour minister is the competent authority. “Mr President, Mr Vice President or Mr Secretary to the Government of the Federation will not come and do Labour matters.”

He said the ‘labour people’, led by Mr Wabba, feel that they are the secondary arm of government.

He said the ministry has proposed and the government has approved a fit and neutral person, not a government officer, not a Labour man and not a private sector man.

“That is what obtains in tripartism and we exhibited it for you all to see under the national minimum wage tripartite committee.

He said the government will go ahead to inaugurate the board. ”We will not have any further distractions on this and we are consulting to fix a date for the inauguration, immediately”.

Engineer Sule sets out guidelines for evacuating Almajiri from Nasarawa

R-PDP cries out, says “Fintiri has abandoned governance for merry making; as he is...