When Gov. Fintiri was campaigning for the 2019 general elections, he and his party, the people’s Democratic Party (PDP) made several promises to the electorate.

The promises were contained not only in the PDP Manifesto but also in other campaign documents and were canvassed by the party publicly.

The manifesto and campaign materials which contained all the party’s promises were made available to the media and the public at the time.

The party’s campaign was based on the catchword “FRESH AIR” and was implemented in a most spiteful, abrasive and propagandistic forcefulness that crowded out every message of the then ruling All progressive Congress (APC) and its Governorship candiate, Jibrilla Bindow.

At the end of the campaign, Mr. Fintiri was declared Adamawa state Governor and was sworn as Adamawa governor.

As advised by its State Chairman, Tahir Shehu, that the public should hold the party accountable, we have, therefore, extracted the PDP’s promises as published in reputable newspapers, and analysed how Gov. Fintiri has implemented since his swearing as Adamawa governor.

In 2014, it was less than 24 hours when the then acting governor, Umaru Fintiri orders the payment of the astounding salaries to workers that Nyako could pay due to the freezing of the state account by the EFCC and immediately Fintiri was sworn in he released two months salaries to Adamawa workers and he was given a name “ATM”, why many has forgotten that the ATM streak was possible due to availability of funds left behind by Nyako.

In 2019 it was not possible for the ATM to dispense cash, as the cash is no longer available as it were in 2014, so the glory that was bestow on the promoters of the “Fresh Air” advocate is no longer possible again, why Senator Bindow left April and May subvention in the state accounts in Zenith Bank and UBA, the Fresh Air advocate managed to only pay salary of April without May,  to make matter worse, the handlers of the “Fresh air” advocate could not explain to Adamawa workers why May salary is still pending when there is currently two months allocation in the bank account of the state and local government.

Why is the ATM not dispensing as promised by the “Fresh Air” advocate or it is another promise that is bound to fail as the reality has beckon on the Fresh Air advocate and its promoters.

THE PROMISES AND THE LEVEL OF FULFILMENT

While the government of Fintiri was sworn in since 29 May 2019, it took “fresh air” advocate more than 48 hours to pay one month salary out of two pending, what happened to the pending May salary since Adamawa state received two months allocation from federation account. When will the ATM dispense again? It is after sallah or before Sallah? What has change between 2014 or 2019? Is it that the Fresh advocate is no longer expecting any election any time soon unlike 2014?

Is that the reason for paying only one month out of two month? Despite calling Bindow all sort of name about not paying Adamawa workers during Ramadan, one will expect the “fresh advocate to come in straight and order the payment of two months astounding salary as it was done in 2014, may the ATM streak of paying multiple salaries has been broken? Time shall why ATM refuse to dispense cash like 2014. 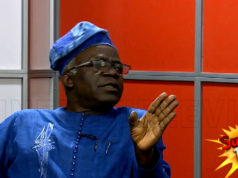 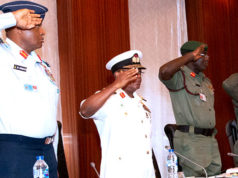