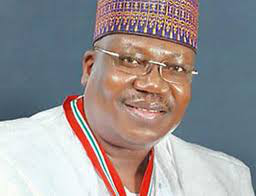 The Election of Senate President was held at the first session of the Senate on Tuesday.

After a secret ballot voting, the clerk to the National Assembly, Mohammed Sani-Omolori, announced Mr Lawan’s victory to the cheers of Senators and others in the chamber.

“It is my pleasure to announce that Senator elect, Ahmed Lawan, having scored the highest number of total votes cast is hereby returned duly elected as Senate President of the Federal Republic of Nigeria,” he said.

Former Senate Leader, Mr Lawan is the favoured candidate of the All Progressives Congress(APC).