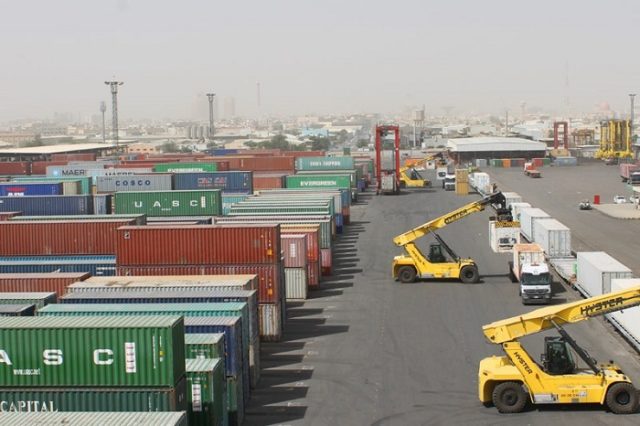 The Federal Government is set to begin the construction of Inland Container Dry Ports in Abia, Oyo, Plateau, Borno and Kaduna states to reduce the pressures on the sea ports.

This is even as the government had also received private sector proposals for the construction of similar ports in Dagbolu in Osun State, Lolo in Kebbi State, Onitsha in Anambra State and Ogwashi-Uku in Delta State.

Director General (DG) Infrastructural Concession Regulatory Commission (ICRC), Mr Chidi Izuwah disclosed this when he led the management of the ICRC to inspect some Federal Government projects in Kano, which included the dry port and the Oasis Oxygen Plant project at Aminu Kano Teaching Hospital.

Izuwah said that the Federal Government was committed to the speedy completion of the Dala Inland Dry Port located at Zawachiki in Kumbotso Local Government Area of Kano State.

According to him, the establishment of such dry port is quite important for the country’s economy, being the biggest commercial city in the north.

Izuwah said the Inland Container Depots (ICDs) in Nigeria is a catalyst for Trade Stimulation and Economic Development.

“It receives containers by rail or road from the seaport for inspection and clearance by Customs as well as other relevant Authorities.

“It has all the loading and off-loading equipment needed to handle containers.

He said that the ICDs are expected to bring shipping services to the doorstep of shippers across the nation, assist in decongesting the seaports and make them more user friendly.

“Other benefits include providing the impetus to revive and modernise the railway as a primary mode for long-distance haulage as well as to assist in the overall costs of cargo to hinterland locations and transit cargoes to landlocked countries,’’ he said.

According to Izuwah, Nigeria’s seaport facilities have been over-stretched.

He said that it was probably in the realisation of this fact that the Federal Ministry of Transportation through the Nigerian Shippers Council, came up with the idea of establishing the ICDs.

Nigerian Shippers Council, is the agency charged with the duty of protecting the interest of shippers (importers and exporters).

He said that under the project, imported goods meant for certain hinterland would be transferred by rail or road to the facility where importers in the areas could access their consignments at cheap rates and closer to their warehouses and markets.

“The ICDs are also to serve as rallying points for exporters, where their consignments for export would be moved by using multiple modes of transportation (rail or road) to the conventional seaports.

“For effective coverage of the hinterlands across the country, there are seven approved locations for the Inland Container ICDs, which are under concession with Private Sector Operators.

“The ports are; IsialaNgwa in Aba, Erunmu in Ibadan, Heipang, located in Jos, Zawachiki, Kano, Funtua in Katrina, Jauri, Maiduguri while ICNL in Kaduna,’’ the ICRC DG said.

He said that these ports were in addition to the seven gazetted ICDs.

“There have been proposals from the private sector to establish ports at Dagbolu in Osun State, Lolo in Kebbi State, Onitsha in Anambra State and Ogwashi-Uku in Delta State.

“Another cardinal objective of the ICD concept was to remove the pressure on the conventional seaports.

“Conventional ports, which have always been congested by moving the consignments to the nearest dry port as soon as they arrived where their owners would clear and deliver to their respective warehouses and destinations at less transport cost and stress.

At Aminu Kano Teaching Hospital, the DG said the establishment of the Oxygen Gas Plan was a welcome development, adding that the ICRC would do everything possible to ensure speedy completion of the project.

He said one of the responsibility of the commission is to ensure that any contract awarded is carried out, similarly any project that is delayed is completed.

The DG said that if the hospital has any uncompleted project they should write, assuring the management that he would find ways to accelerate the completion of the projects.