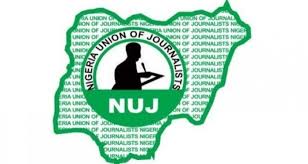 In Nigeria, Trade Unions emerged at a time when representative political democracy was not even in existence; the British Colonial Government began making formal in-roads in the field of Labour Relations in the thirties, particularly after the Trade Union Ordinance in 1938.

On the issue of organisations, a lot has been written about it. Although all of us have spent our lives in various human organisations such as schools, hospitals, churches, clubs, community groups, companies and political parties, yet, it is difficult to give a simple definition of an organisation.

It is of common knowledge that the foundation of media organisation is rooted in section 22 of the 1999 constitution as amended, “The press, radio, television and other agencies of the mass media shall at all times be free to uphold the fundamental objectives contained in this Chapter and uphold the responsibility and accountability of the Government to the people”.

A proper look at the union activities especially within the NUJ is laughable from my perspective, most of the leadership of the NUJ in Adamawa do not know the role of the union in the media industry. In my opinion there is nothing like registered Journalists and no laws in Nigeria compels a journalists to be registered before he or she can practice.

It beats my imagination that I heard that NUJ in Adamawa will come out to make bold statements that a particular media house has been blacklisted, the question one will ask is that, does NUJ have powers to stop media owners from employing those they feel they can work with them? Does NUJ has the powers to supply journalists to media owners? The answer is capital NO.

It is high time the NUJ sit up and put it act together and understand the role of  unionism in media practice in Nigeria, for instance the trade union act that give birth to NUJ made it clear that nobody should be force to unionise, Section 12 (4) of the Trade Unions Act (as amended) (“TUA”) provides that “Notwithstanding anything to the contrary in this Act, membership of a trade union by employees shall be voluntary and no employee shall be forced to join any trade union or be victimised for refusing to join or remain a member.”

Most of the journalists around especially in Adamawa are freelance Journalists, the question that comes to mind is that how did freelance journalists remit check-up dues to NUJ? apart from government own media houses that at times deduct check-up dues directly from salaries of   journalists working with them, study reveals that 70 percent of media houses do not subscribe to unionism that is why the union has been reduced to mere coming together for the purpose of press conference or forming alliance to meet politicians and influential members of the society.

Unlike the electronic media the prints media does not have anybody that regulates her contents like the electronic counterpart that has the NBC which monitors the activities of the radio and the TV. It was in the wisdom of the military that the prints media must not be a gag, due to the battle fought and won by pioneer Journalists like Dabo that fought Tarka to a standstill, Tarka was eventually removed by Gowon due to the consistent publications Dabo gave Tarka in those days, and Dele Giwa also was in battle royale with IBB over Gloria Okon.

Where is the spirit of activism in the media industry today? Apart from a journalist sitting down waiting for press conferences or when he or she is been called upon for a news, that is not the objective of the framer of the Nigerian constitution that give absolute liberty to the prints media to carry out its responsibility without censorship?

Speaking on the role of NUJ Mr. Mike Agbor once presented a paper where he challenged the media to wake up to their responsibility for holding government accountable to the people of Nigeria, one thing will have forgotten today is that the union can be used against journalists if the person exposed has infinity to the leadership of the union at the states chapter or the national level of the union, to this extent some of us have vowed never to unionise because the benefits of being membership of the union are nothing to write home about. One important thing that some people fail to understand is that winning a libellous suit in court against a journalists is not an easy one as it requires hard evidence to convince a court that your reputation has been damage and also require that a plaintiff must prove beyond reasonable doubt the injury he or she has sustain as the result of the libellous publication. It is left for a journalists to seek facts before filing a report.

For instance a popular media house in Adamawa fires half of her workforce in Yola, what has the leadership of the NUJ in Adamawa done about it up till date? Nothing, some of us expect the union leadership in Yola to stand up to their responsibility for defending her members even in court or  at work place in case of eventually termination of appointments of such members of the union.

It is a fool hardy for anyone to claim that NUJ has powers to blacklist any media house in Nigeria, how do they blacklist a media? is it by telling people not to patronise such blacklisted media house? Or by telling journalists who are their members to resign from such organisation blacklisted, there is currently no laws in Nigeria that make it compulsory for anybody to be registered by NUJ as a body before he or she can practice as a Journalist. It is high time people should understand that you can’t report any journalists that do not unionise to NUJ as such step is counterproductive as NUJ is an association of Journalists not media proprietors or owners that have powers to hire and fire.

Finally a journalist must not allow threats from being dragged before court by government officials to kill the golden role of watch dog of the society to weigh them down as truth is golden.

And can be reached on