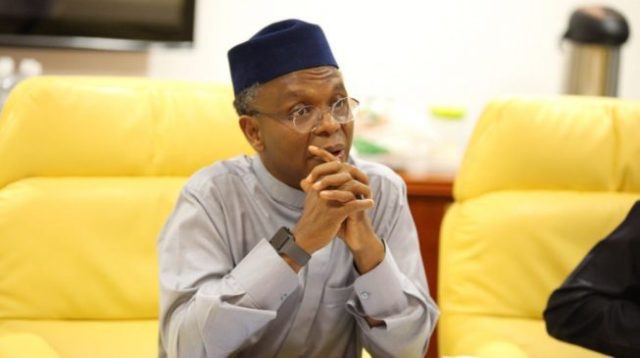 The Court of Appeal sitting in Kaduna State has upheld the election of Mr Nasir El-Rufai as the duly elected governor of the state.

In a unanimous judgement delivered by a three-man panel of judges led by Justice Olumuyiwa Aburu on Thursday, the appellate court upheld the judgement of the Election Petitions Tribunal which affirmed Governor El-Rufai of the All Progressive Congress (APC) as the winner of the election.

The Tribunal had dismissed the petition of the candidate of the Peoples Democratic Party (PDP), Mr Isah Ashiru, in the March 9 poll for lacking in merit.

The PDP and its candidate had filed a petition before the Tribunal and asked it to declare Ashiru as the winner of the election, having scored the highest number of votes cast.

But the Tribunal ruled that the petitioner was unable to provide substantial evidence to prove his allegations.

It also noted that the petitioner did not present any factual evidence to prove the Independent National Electoral Commission (INEC) wrong in returning El-Rufai as duly elected.

The Tribunal had, however, dismissed the petitioner’s suit challenging the governorship election for lacking in merit.

Unhappy with the judgment, the PDP and its candidate filed a petition at the appellate court, asking it to dismiss the lower court’s judgment and declare them the rightful winner of the election.

The appeal court, after looking into the prayers sought by the appellants, dismissed the petition for lacking in merit and also affirmed El-Rufai as the duly elected governor of the state.

The upper court aligned itself with the Tribunal’s judgment which held that the PDP candidate was unable to prove his allegations of massive rigging and other electoral irregularities against the governor.

In their reactions, the Counsel to PDP, Eli Mutum, said they would study the judgement to decide the next action to take while Governor El-Rufai’s counsel, Abdulhakeem Mustapha, described the judgement as a victory for democracy.