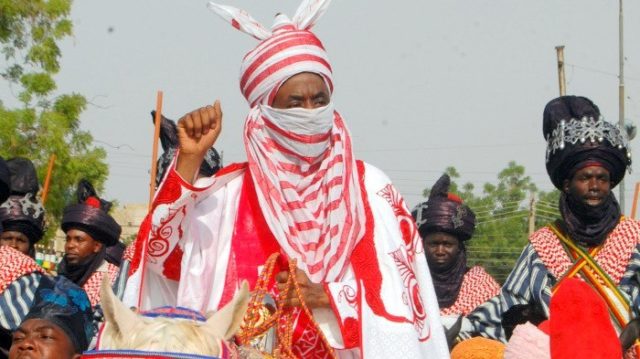 The Kano State government has denied the reports that the deposed Emir of Kano, Muhammadu Sanusi II, has been banished from the state.

The Attorney-General and Commissioner of Justice in the state, Ibrahim Muktar, stated this during his appearance on Channels Television on Wednesday.

He said, “You see, If you listen to the Secretary to the State Government when he was addressing the press on the issue of the removal of the emir from office, there was nowhere he said the emir was even banished from Kano State.

Addressing a news conference on Tuesday in Abuja, the lawyers to the deposed emir said they have been unable to reach their client.

They also threatened to take legal action against the state government if they fail to release Sanusi within 24 hours.

In his reaction, Muktar explained that banished deposed traditional rulers had been existing since the colonial era.

He noted specifically that monarchs in the northern part of the country who were removed were taken out of their jurisdiction in order not to have two rulers in the same territory.

According to the commissioner, this has happened to many emirs such as the Emir of Gwandu who was removed and banished to Kaduna State.

He insisted that that has been the practice in the region in order to maintain peace and security in affected areas.

Muktar, however, said, “We have been hearing from the media that he has been banished but what I know is that he was taken out of Kano State.

“But banishment was not part of the decision of Kano State government … There is no such decision to the best of my knowledge.”

Info graph: FAAC allocations to Messrs Bindow and Fintiri within one year in office...

Perm. Sec Appointment: Bindow can ‘fire and hire’ anybody – Group replies critics over...