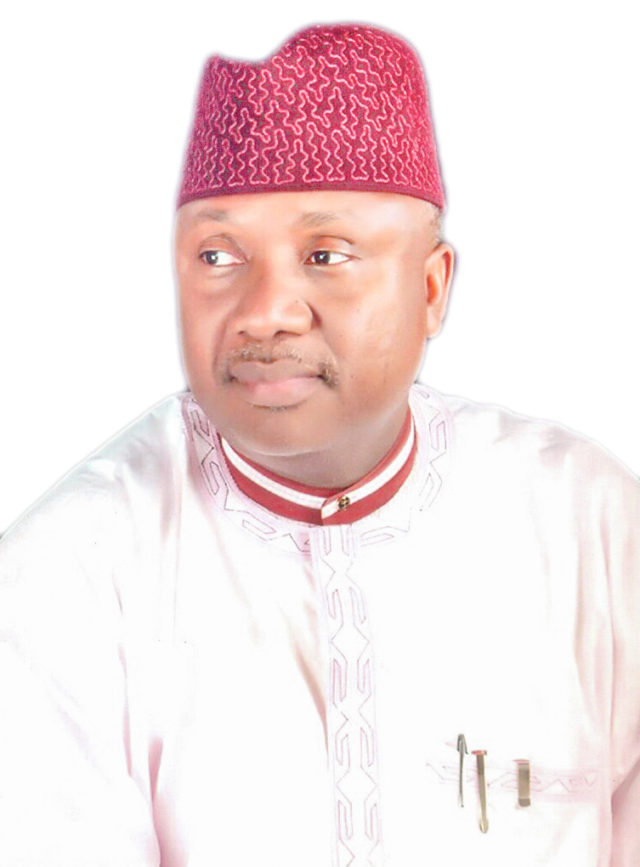 The last government left the state with a115 billion naira loan; the head of Fintiri Transition Committee was reported as saying. But the claim does not add up.

Did the government of Adamawa’s former governor, Bindow Jibrilla, leave the newly elected administration facing a 115 billion naira deficit in 2019?

Nigeria’s newspapers were awash with headlines such as “Bindow left N115 billion loan, says Fintiri’s transition” a few months ago. Numan was quoted as saying: “We were told at the beginning of the exercise that the government was in deficit of at least N 44 billion naira and by the end people were talking about N115 billion; everything is in a state of collapse.”

Is there evidence for this? Could Bindow’s government have left Adamawa with a loan in 2019 worth nearly 150% of the state’s 2019 budget?

How big is Adamawa’s debt?

According to Nigeria’s Debt Management Office, the state’s total debt – domestic debt owed by the Bindow’s Government from 2015-2019 – was N about 46 billion naira at the end of the first quarter of 2019. At the end of Bindow’s administration, it had stood at N95, 204,743.892.60 billion, remember Bindow’s administration meet about 49 billion naira loan taken by his predecessors in 2015.

At a press conference on May 23, a few days before his tenure as finance commissioner ended, Sali said Adamawa state owed N95; 204,743.892.60 in debt, but only about 46 billion was incurred while Bindow Jibrilla was governor between May 2015 and May 2019.

Could the actual loan taken by the Bindow’s administration be bigger than the last government admitted?

The Finder Fact check was shown relevant sections of an as-yet-unpublished report by Fintiri’s Transition Committee, which has also been published in part in other newspapers.

In it the committee claimed that, apart from the approximately N115 billion loans officially anticipated for 2019, an additional N3 billion may be required during the course of this year to offset obligations incurred since the beginning of 2015, but not budgeted for by the previous government.

These would include arrears of salaries for council and state government workers, monies owed contractors, however the report also emphasised the sums that make up the N3 billion claims are merely estimates, requiring verification.

In the sections shown to The Finder fact checkers the committee also said that it is unsure about the actual age of the contractor debts, which leaves open the possibility that part or all of it may already have been captured in the total debt figure as captured by the Debt Management Office.

Conclusion: Claim that Bindow left Adamawa with a N115 billion deficit for 2019 does not add up

In summary, which ever figure proves right, the claim of a N115 billion loan taken by Bindow’s administration for four years does not add up.

2019: CAN joins campaign train for Gov. Abubakar’s re-election in Bauchi

Nigeria university enrolment ‘near crisis’ with only 2 million students — NUC