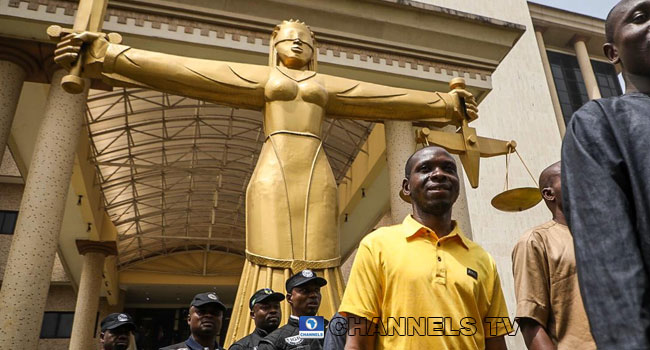 The trial of Mr Hamisu Bala, popularly known as Wadume, and six others has been stalled following the absence of the trial Judge, Justice Binta Murtala-Nyako.

At the last sitting of the court on Tuesday, Justice Murtala-Nyako rejected the bail application of the defendants on the ground that the court has granted an accelerated trial.

Justice Murtala-Nyako therefore, gave an order for the defendants to be moved from the custody of the Special Anti-Robbery Squad (SARS) of the Police to the Kuje Correctional Center in Abuja.

The Judge also ordered that the defendants must be availed access to medical facility and allowed to have access to their lawyers while at the correctional center.

The defendants are standing trial for alleged kidnap for ransom, illegal gun running and offences bordering on terrorism.

The court has now fixed Monday, July 13 for the continuation of trial.