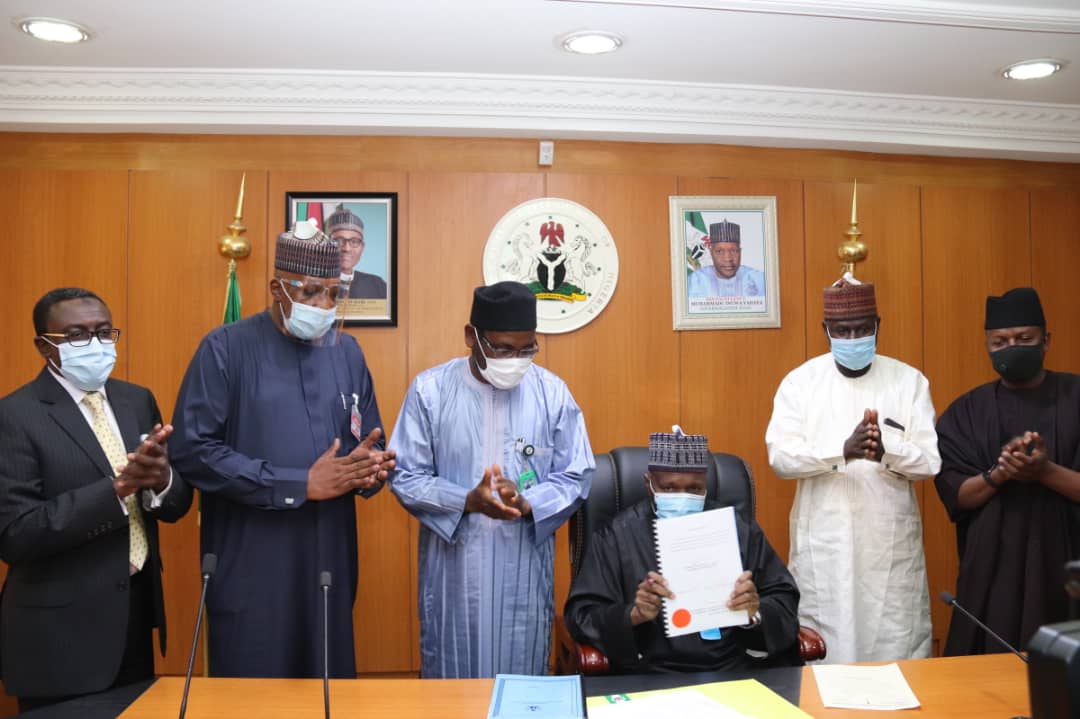 He said despite the downwards review of the budget, the state government ensures that health, education, agriculture and other critical sectors remain the top priorities of the state.

The Governor said the health sector’s budget in particular has been increased as a demonstration of the administration’s resolve to combat covid-19 and its socio-economic impact on the lives and means of livelihood of the people.

He said the sum of N500 million Naira is provided for the Task force to boost the health sector and equally N500 intervention for activities including the establishment of isolation centres, renovating, upgrading and equipping of the health care facilities as well as in procurement and provision of medical supplies.

He said Government will remain focused in strenthening the health system, particularly on issues around covid-19 such as the commencement of coronavirus testing in Gombe and the upgrading of general hospitals in Kumo, Billiri and Bajoga.

Governor Yahaya said Government has also made provisions in the revised budget for other sectors of the economy with a view to ensuring that the state prepares ahead of post covid-19.

He added that the Ministry of Commerce has also been allocated the sum of N500 million naira to boost small and medium enterprises while N350 million was provided to facilitate public awareness and sensitization on covid-19 and other relevant issues.

Governor Yahaya noted that in the revised budget, government has also made provision of 700 million naira for the provision of palliatives to the vulnerable to support them recover their means of livelihood post covid-19.