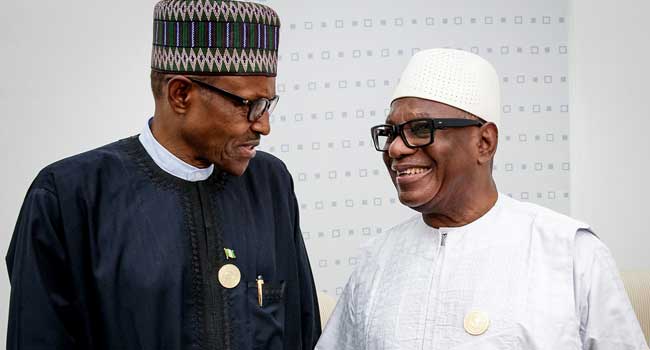 President Muhammadu Buhari has called for the immediate release of Malian president, Ibrahim Boubacar Keita and a return to constitutional order in the West African nation.

A statement by the State House said Buhari made the call on Thursday during a virtual meeting of the Economic Community of West African States (ECOWAS).

“President Keita and other detainees should be released unconditionally and with immediate effect,” the Nigerian leader said.

He assured that Nigeria is in support of “the efforts of President Mahamadou Issoufou of Niger, for wider regional and continental consultations, especially on the possibility of detaching ECOWAS and AU troops with the UN Mission in Mali, to protect State Institutions and also act as the first layer of defence in the country to help preserve and protect lives and property.”

According to the Nigerian leader, the removal of the Malian President could have “devastating consequences” for the country and the West African sub-region. 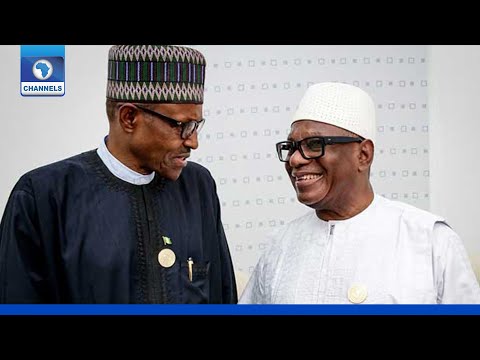 “Today, Mali has not only descended into political chaos but also socio-economic and security disaster with potentially tragic consequences to Mali and the sub-region,” he explained.

While commending the African Union, the UN and other international bodies for condemning the coup in Mali, he called on them to work with ECOWAS in the restoration of peace to the country.

“ECOWAS, the AU, and the UN should not stand by, while the situation deteriorates,” he said.

“Thus far, their strong statements of condemnation are sincerely appreciated and I urge them to continue to walk this route together with us until sanity returns to Mali with the restoration of Civil Administration.”

Other resolutions reached during the Summit include the following: firmness on the restoration of Constitutional order; release of President Keita and all those arrested; stoppage of economic relations with Mali, with exceptions granted to staple foods, fuel and medication, for the sake of the people; continued engagement with all parties to the crisis, while the Special Envoy appointed to mediate, former President Goodluck Jonathan of Nigeria, along with Jean-Claude Kassi Brou, President of ECOWAS Commission, are to visit Mali to convey the decisions of the West African leaders.

Keita said on Wednesday he had stepped down to avoid “bloodshed” after he was detained in a military coup, whose leaders pledged new elections.

The African Union (AU) also on Wednesday suspended Mali with the US and European Union, joining to condemn the coup and demanded the release of the detained leaders.