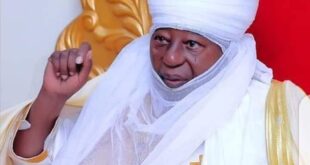 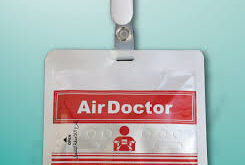 NAFDAC disowns Air Doctor, other COVID-19 blockers despite rise in their popularity

UNTIL August 28, 2020, investigations by reputable media outfits within and outside Adamawa state exposed how the Adamawa state government operated “Adamawa state German Hospital without legal backing for a decade, the State Government had, for at least 8 years, breached its own rules on financing an illegal entity called the “German hospital” with tax payers’ money for years.

The problem of the German Hospital began at its inception with its location. With the vast virgin lands across Yola, the State capital, no area was deemed suitable to establish the hospital except within the Specialist Hospital.

There was heated debate on the propriety of establishing the German Hospital within a Hospital. However, with all the reasons advanced for siting the Referral Centre elsewhere to give it a befitting status, the then Governor, Admiral Murtala H. Nyako, refused and insisted on locating it within the premises of the Specialist Hospital.

As if the ex-Governor had phobia for anything new, he also carved the beautiful State Secretariat, distorted its plan and sited the Court of Appeal, Yola Division, within the premises.

After a while, she was called Administrator. Now she bears the title M. D., whether it is Medical Director or Managing Director remains in the realm of speculation. But she heads the illegal organization, knowingly or unknowingly; although she is better placed to know whether there is an enabling law or not.

However, the law should stipulate the number of principal officers and guide her operations; but in the absence of a legal instrument, how she manages the hospital is left to imagination. As the management muddles through, it ignites staff welfare problems that are worsening by the day and creating tension.

Indigo investigations have revealed that a bill was sent to the Adamawa State House of Assembly in 2012, went through due process and was passed in 2014. However, the bill was not signed into law by any governor and remained so till date.

At the moment, it is a stale document with no legal value. Something urgent has to be done by the Fintiri administration either to give the German Hospital life or just kill it by shutting it down and allowing its host, the Specialist Hospital, take over or, better, recover its premises and inherit both assets and liabilities.

The German Hospital is currently enmeshed in other controversies over financial malfeasance as some of its staff don’t receive even the N30, 000 minimum wage paid by the state government.

The issues of salary payments and financial management need to be urgently scrutinized. The Fintiri administration should therefore investigate these problems to finally to correct records and lay the two issues to rest to calm or pacify restive staff. The earlier this is done, the better for the state.

Efforts made by The Finder to get the MD of the Hospital, Hajiya Fadimatu Yakubu to respond was unsuccessful as she directed told our correspondent to meet the SGG, Bashir Ahmad which she claimed was her Boss to get permission from him before she could comment. 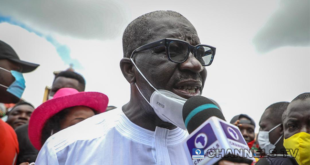