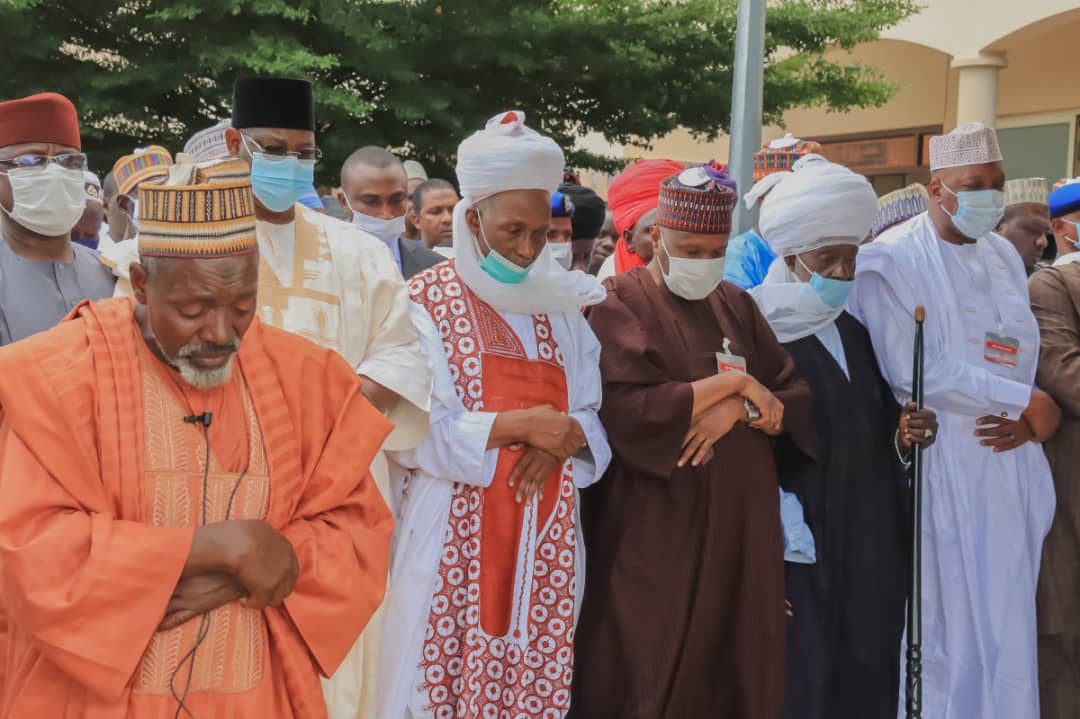 Gombe state Governor Alhaji Muhammadu Inuwa Yahaya has expressed grief over the demise of prominent businessmen and philanthropist, Alhaji Ahmadu Haruna who died in the early hours of today in Gombe at the age of 84.

Governor Yahaya, who attended the funeral prayer for the late AA Haruna held at the Emir’s palace, described the deceased as a devout muslim, community leader and strong pillar whose legacy of charity and humanitarian service to the people endeared him to everyone.

He noted that, “Death is inevitable and necessary end that must come when it shall. We are, however, consoled that Late Alhaji Ahmadu Haruna contributed positively to the development of the society during his life time and left an indelible footprint on the sands of time and a legacy of philanthropy, service to Islam and community development”.

He urged those he left behind to emulate the virtues of honesty, humility and selflessness which the deceased represented.

“On behalf of the Government and people of Gombe state, I extend our heartfelt condolences to the entire members of the AA Haruna family and the Muslim Ummah over this monumental loss. May Almighty Allah forgive his shortcomings and reward his good deeds with Aljannat Firdaus”.