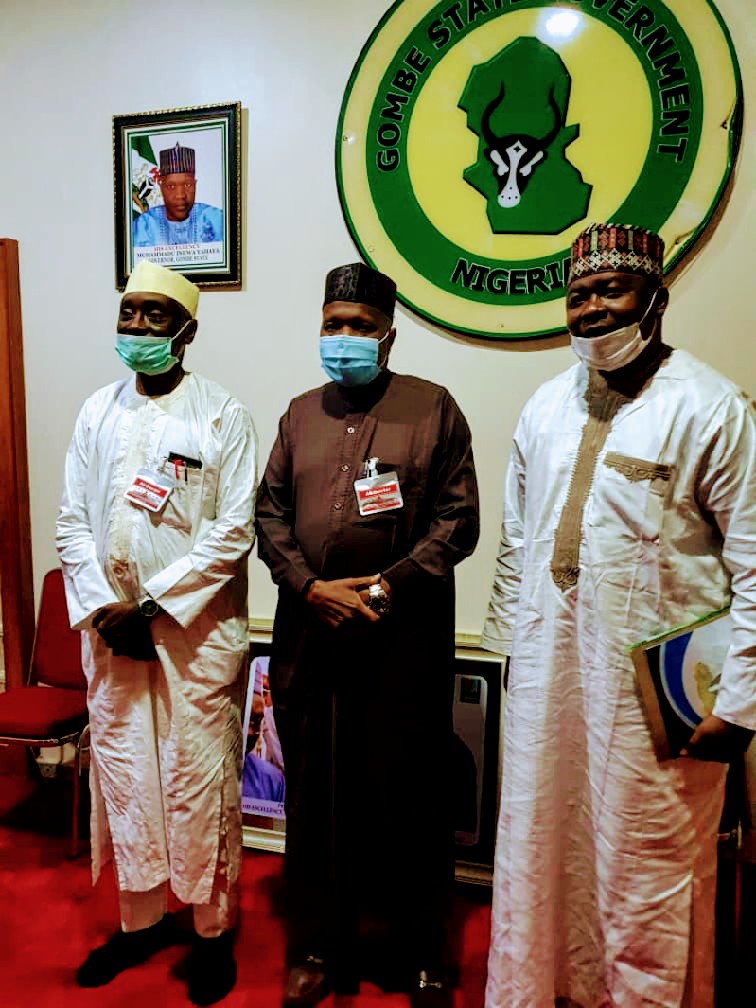 The meeting was aimed at fostering a robust partnership between Gombe state Government and the Energy Commission of Nigeria in order to actualize the Governor’s initiative of making the state the energy hub of the north east both in terms of conventional energy source and maximizing the use of the Dadin kowa Hydropower plant as well as deployment of other variable renewable energy sources that will assist the development of the State.

The ECN Director General told newsnen after the meeting that Governor Muhammadu Inuwa Yahaya has demonstrated uncommon desire and commitment to making Gombe State the energy hub of the north east.

To this end, Professor Bala said his Commission will collaborate with the state and also make available any opening in the national and international energy organisations in order to ensure that the Governor achieves his policy initiatives on energy.

“The disposition of the Governor towards making Gombe the energy hub of the north east was very positive. He wants the best for Gombe and he needs external support and collaboration with other agencies both at the federal and International levels, and we are ready to provide such “.

He said the visit to the Gombe State Governor has encouraged him to play his role as the Chief executive officer of the energy commission and to continue to support in the growth and development of Gombe State.

Professor Bala said before now the commission had intervened to address the energy needs of some institutions, including the Federal University of Kashere, Gombe State University and the Federal Polytechnic Bajoga where solar street lights were installed to improve security on the campuses.

He said ECN has equally drilled some solar powered boreholes in Balanga Local Government Area and installed a solar mini grid to provide electricity to the Tallasse General hospital and a community clinic in Gelengu.

The ECN Director General said with the encouragement he received from Governor Muhammadu Inuwa Yahaya, his Commission will stop at nothing to ensure that Gombe State continues to benefit from its projects.

” We need to support His Excellency in his laudable programmes. In my discussion with him, I have seen a man who has a lot to give to Gombe state and with a burning desire to make the state great”.