IPPIS: IT IS TIME TO PROSCRIBE ASUU

If you require a doctoral degree, go to the classroom, not “Cotonou chicken vineyard” honorary causa; Group tells Adamawa politicians.

The essence of a warning strike is to allow parties the opportunity to assess the situation and come up with better solutions towards addressing the problem. In this instance, ASUU appeared not to be interested in any solution. Basically, ASUU is interested in bullying students, parents and the Federal Government with strikes. What are the options open to the Federal Government?

First, the Federal Government can float an online Integrated Personnel Payment Information System (IPPIS), which is the main object of the strike, to allow varsity lecturers who are interested in registering on IPPIS to do their registration seamlessly.

Upon completion of their registration, each lecturer will print a form, attach a recent passport photograph and submit to the vice-chancellor for signature and onward submission to the office of the Accountant-General for the Federation, who will do the needful by paying the registered staff.

It must be made clear that lecturers who have their registration completed will be paid their February salaries only. The next salary will be paid with effect from the date the lecturer registered.

It must be made clear that ASUU had declared an indefinite strike from March 1, and that lecturers remained on strike until the day they registered on the IPPIS. The no-work, no-pay rule should immediately be activated.

A lecturer is deemed to have called off the strike only after he/she has registered on IPPIS. There is no doubt that many lecturers are willing to register on IPPIS but ASUU has physically stopped most lecturers from the registration process.

A source close to the Minister of Labour, Dr. Chris Ngige, said that during the negotiation meetings, the Federal Government side accused ASUU officials of physically assaulting and stopping its members from registration. But when ASUU denied the accusation, it was learnt the government then suggested that it will send back the IPPIS registration teams to allow members who want to register the opportunity to do so.

With this, ASUU was unable to respond. This, analyst say, is an indication that ASUU had no answer to the superior reasoning of government side. Apart from the online registration, the Federal Government has the option of outrightly proscribing ASUU. If ASUU officials show any form of unlawful resistance, they should all be arrested and clamped into detention for unlawful gathering, until the IPPIS registration is over.

There are two good reasons why government should ban ASUU as an organisation. First, there were allegations that ASUU officials physically assaulted lecturers and stopped them from registering on the IPPIS platform. This is enough reason to ban ASUU. The association has no right under any law whatsoever to physically assault its members.

Secondly, at the time of COVID-19, when the world was searching for a cure through laboratory research, ASUU found it very convenient to embark on an indefinite strike when they should be doing research to come up with vaccines to tackle the pandemic.

The permanent secretary, Federal Ministry of Education, Sonny Echono, in an interview with journalists, lamented the insensitivity of ASUU towards finding a solution to the pandemic. In other climes, the academic sector is actively involved in research aimed at finding vaccines for drugs to manage this pandemic. This is clearly within the purview of ASUU to do. ASUU has not only failed the nation but is also dancing on the graves of victims of COVID-19. How on earth will ASUU turn around to ask government to give them money or research grant when they have turned their backs on the nation at a time the country most needed their services?

If ASUU makes efforts in this direction and such efforts do not pay off, it can be understood. Outright refusal to do this cannot be forgiven, especially when this refusal is escalated to the level of strike.

Another option is for the Federal Government to go ahead and follow due process and recruit lecturers from eastern European countries to fill up positions that have been abandoned by ASUU members in the name of strike. ASUU is still basking in the euphoria that government cannot get professionals to replace them. This is not true. In fact, it is an ancient belief of the 1960s and 1970s.

Today, the world is a global village and all government needs do is to take the firm decision that Nigerian lecturers have abandoned their jobs and then give the jobs to foreigners who are willing and standing by to take up the responsibility.

Did I hear anyone say we can’t pay? We can pay 10 times over. The lecturer population in our public universities is just about 50,000. Findings from some Nigerian missions in Eastern Europe indicate the average Nigerian professor earns five times higher than his Ukrainian counterpart. Let us recruit from Ukraine and add up to the over 10,000 that have already registered on the IPPIS platform.

Government can also religiously implement the policy on adequate Graduate Assistant Engagement, where the best three students in any department will be retained as graduate assistants, thanks to the recent policy approved by the President that the best brains from each institution be retained annually. Additionally, all doctorate degree students should also take up lecturing as part of their doctorate programme. The Ahmadu Bello University (ABU), Zaria, was doing this for a long time and never lacked lecturers at any given time.

If these measures are taken, not only will Nigerian universities have enough manpower, but the idea of one lecturer teaching in five or more universities would have been over. For heaven’s sake, why would a lecturer who graduated with a 2:2 (‘let my people go’) have two or three jobs in different universities when there are many undergraduates who came up with first class or second class upper division roaming the streets for years?

If a 2:2 graduate can become a PhD holder and indeed a Professor, it’s my conviction that the holder of a first class degree is likely to achieve that faster and better. The first class and Second Class Upper division young graduates should be given the right of first refusal. In another 15 to 20 years, those same Graduate Assistants will become professors. By denying them, the nation is killing its young talents. So, the time is now. Investigation has it that most of the old professors in the system are sick and tired of the strategy of strike. They are, however, overwhelmed by the younger professors in the system.

Also, open to government is the option of retiring all academic staff who have refused to enroll on IPPIS and introduce the system of part-time lecturing as it’s being done in the United States of America.

The Director-General of NIEPA, Professor Ephraim Jagusah, who spent 30 years lecturing in the United States before his appointment, said that only 10 per cent of American lecturers are full-time workers; over 80 per cent work on part-time basis. They come in and take the workload of their courses by semester; they are paid for it and no more.

That a lecturer has taken a particular course does not guarantee that he will take that course the following year, if the university does not give him the contract. So, for a lecturer to continue to teach his students, the students must vote to retain that lecturer. Government can explore this part-time contract system and this will permanently solve the problem of strikes. 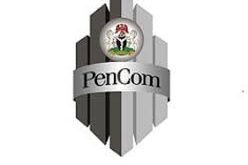 All You need to know about contributory pension scheme