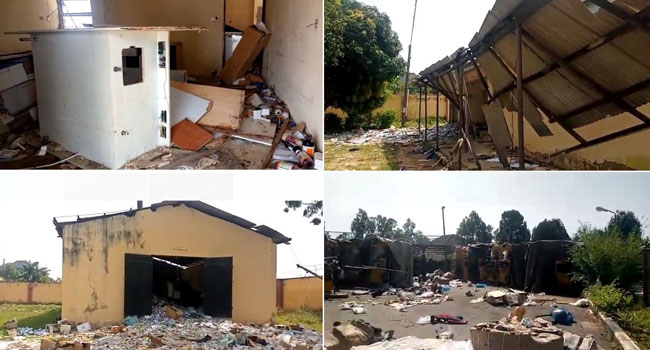 Some Kaduna residents have attacked the office of the National Agency for Food, Drug Administration And Control (NAFDAC), carting away seized fake and expired drugs and beverages.

The affected offices include the NAFDAC warehouse belonging to the investigation and enforcement directorate, as well as the training and research institute for the northern region and Federal Capital Territory, Abuja.

The drugs were seized from illicit drug dealers and meant for destruction.

Meanwhile, the Kaduna state government has warned on health risks from drugs and beverages looted from the NAFDAC office and other warehouses in the state capital.

The State Commissioner For Internal Security, Samuel Aruwan in a statement, said the looted items which include expired, prohibited, and dangerous drugs posed a great danger to the health of the people and therefore warns that persons who consume such drugs are at great risk of serious illness and death.

He implored residents of Kaduna State to be vigilant and careful about the source of the food and medications they take and where they buy them, to avoid these dangers.

The commissioner also appealed to the public for information on the identities of the looters and where they might be hiding the stolen items.