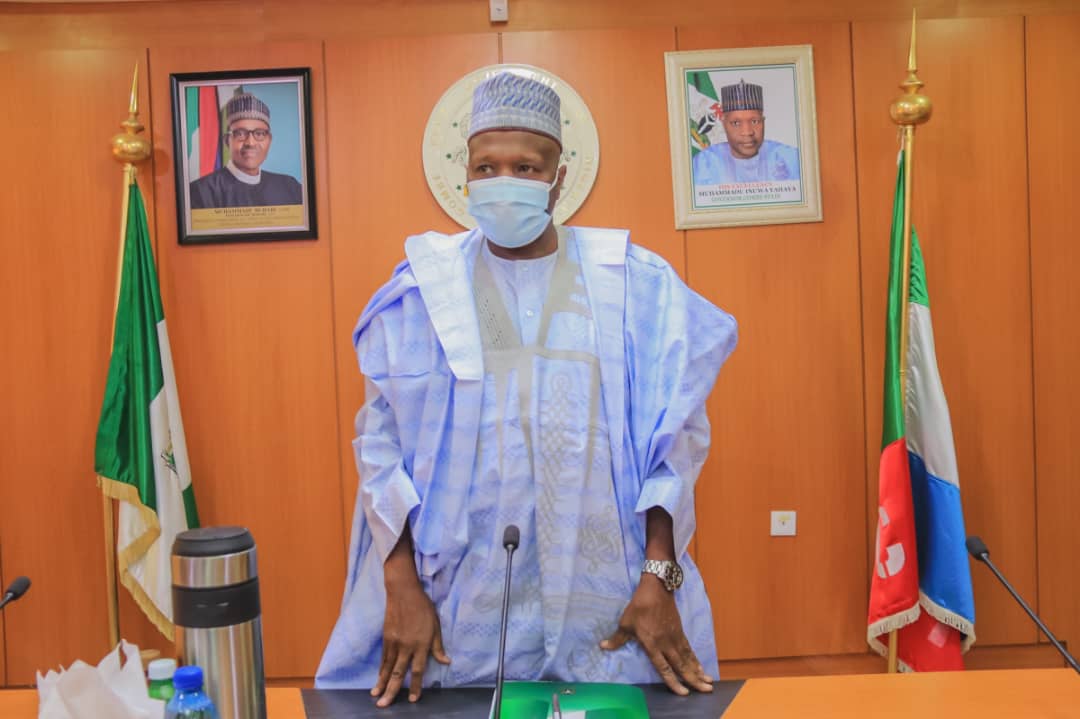 …Funds Approved for Improved Access to Water Supply in 4 LGAs

The Gombe State Executive Council has approved one hundred and twelve million for the payment of outstanding scholarship for students of Gombe State origin for 2016, 2017 and 2018 academic sessions.

The State Executive Council meeting which was presided over by Governor Muhammadu Inuwa Yahaya also considered and approved the sum of 204 million for the payment of WAEC, NBAIS and NABTEB examination fees for over thirteen thousand final year students of the State.

Briefing Journalists on the outcomes of the 8th edition of the meeting, the Commissioner of Information and Culture, Hon. Ibrahim Alhassan Kwami, alongside his counterparts in Works, Engineer Abubakar Bappah, Education; Dr Habu Dahiru; Water Resources; Alhaji Mijinyawa Yahaya and Housing and Urban Development; Alhaji Dishi Kupto said the issues discussed at the Council were geared towards uplifting the socio-economic and educational standards of the people of the State.

The information commissioner explained that ” you may recall that the last administration paid only 50 per cent of the scholarship for students in 2016/2017, 2017/18 sessions so council now approved the payment of the balance of the 50 per cent, and going forward we will continue to pay our students their scholarship entitlements”.

Still, on education, he said Council also approved the upgrading of five public schools to model institutions with one in each of the three senatorial districts and two in the state capital owing to its cosmopolitan nature. This said is in line with Governor Inuwa Yahaya’s desire to reposition the education sector for optimal performance.

On the agricultural sector, the Commissioner of Information said the State Executive Council in its meeting approved the leasing of the Gombe fertilizer blending plant to Tag Agro factory for 7 million naira per annum for the period of 10 years, disclosing that the State Government has already received 50 per cent upfront payment which translates into 35 million Naira.

He said the decision to lease the State fertilizer blending plant was to inject efficiency and promote accountability in the production and timely distribution of fertiliser to farmers across the State.

He said the State Executive Council also approved the sum of two hundred and fifty million naira as counterpart fund for the Partnership for Expanded Water Supply, Sanitation and Hygiene (PEWASH) which is a national
collaboration for the improvement of access to water supply and sanitation in Nigeria, through a
structured multi-sector partnership.

He said it entails the resuscitation of boreholes and construction of new ones in Dukku, Kwami, Furnakaye and Balanga Local Government Areas of the State as first of the Statewide project.

On the abandoned ultra-modern mega motor park, the Commissioner of information said Council has approved the upward review of the initial contract sum from 6.028 billion Naira to 7.6 billion Naira.

But speaking in specific terms, the Commissioner of Works, Engr Abubakar Bappah said the project was initially awarded to a construction firm that lacked the requisite expertise in similar work, adding that considering the enormity of the civil engineering work at the project site, Council now awarded the contract to Triacta construction company which has vast experience in the field of engineering design and execution.