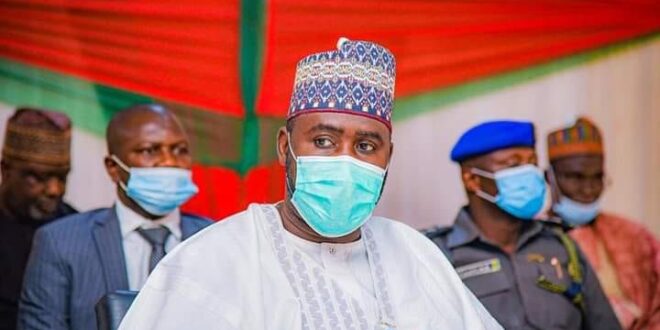 Some Adamawa residents Tuesday urged the speaker; Adamawa state house of assembly, Aminu Abbas and his colleagues to expedite action for quick passage of death penalty for kidnapping in Adamawa.

A member of the Adamawa state house assembly confirmed that anti-kidnapping bill is pending before the house, wonders why the speaker and his colleague could not act fast to amend the law to reflect the reality on the ground in the state.

This is coming as some kidnappers reportedly storm the house of the speaker in Yola south local council of Adamawa kills a security guard and kidnapped a relative of the speaker, Aminu Abbas.

The residents’ resolution on kidnapping in the state was a sequel to the resurfacing of the ugly incident in recent days despite the governor’s effort to bring kidnapping to a halt.

An Adamawa resident, Abdullahi Sani, who canvassed the need to urge the state government and the Adamawa state house of assembly to expedite actions on amending the anti-kidnapping law as criminal element from other states converged in Adamawa to do brisk business out of kidnapping.

“The death penalty has work in many places and states in Nigeria, especially rivers state, look at our neighbouring state Gombe, from the information we gather on these kidnappers most who are residents of Gombe state could attempt kidnapping there because they know what awaits them if they are caught.

It has worked in so many other places where similar abductions took place like Rivers and Bayelsa, terrorised by Kidnappers “Though the government cannot be said not to have taken actions in freeing the state of kidnapping activities, there is need for it to redouble and expedite actions in that direction for parents and relatives of the abductees to be freed from psychological trauma they must have been facing and for the abductees to know that they have a governor that cares for them. “