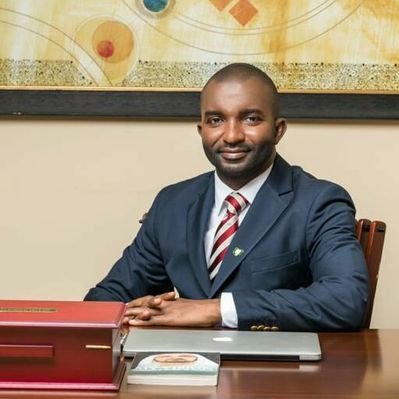 Following a series of meetings and consultations, former Adamawa senator, Abdul’Aziz Nyako, and other members and politicians of the African Democratic Congress (ADC) have finally dumped the party to return back to the All Progressives Congress (APC).

Speaking to journalists, Mr Nyako said after reconciliatory talks between the APC leadership and officials and other leaders of the African Democratic Congress (ADC), ‘’we have resolved to rejoin our former party, APC.”

“The development followed a high powered meeting between stakeholders of the African Democratic Congress (ADC) and their All Progressives Congress (APC) here in Adamawa.

‘’We saw commitment in the leadership and delegation of APC, so we resolved to go back to our former fold, APC.

‘’The state leadership of the party, ADC, will communicate this resolution to the national headquarters as soon as possible,’’ he said.

Mr Nyako who came third in the last senatorial elections was emphatic that ADC Adamawa has created an enabling political environment for the PDP-led government in Adamawa to govern in peace, “but they seem to be keener on politicking rather than leadership.”

“They created a storm in a teacup with nothing at stake and blew it out of proportions for propaganda purposes.

“Why heat up the polity and waste resources unnecessarily at this time when there is nothing politically at stake until 2022-2023 rather than focusing on the needs of our people?

“So, we are back in APC and the new dawn will soon be heralded in Adamawa,’’ said he.

Will history repeat itself come 2023?

Following irreconcilable differences that broke out during ward, local government and state congresses of the then ruling APC, superintended by Governor Muhammadu Umaru Jibrilla Bindow, Abdul’Aziz Nyako, then a serving senator representing Adamawa Central senatorial district, left the party with his teeming supporters to ADC.

Many believed that in the build-up to the 2019 gubernatorial election the ADC played a crucial role in the defeat of APC, the then ruling party, which paved the way for the victory of the Fintiri led PDP government.

The participation of Mr Nyako in the said election robbed APC of 113,237 votes, which Mr Nyako got during the elections, as it was strongly believed that had he remained in APC, all the votes should have gone to Mr Bindow.

The Independent Electoral Commission (INEC) had announced Ahmadu Umaru Fintiri as the winner of the gubernatorial contest, having polled 376,552 votes to beat his closest rival and the incumbent governor Muhammadu Umaru Jibrilla Bindow, who polled 336,386 votes while Mr Nyako emerged second runner-up with 113,237 votes.

After the election, Governor Fintiri and Mr Nyako made attempts to cement relations, culminating in a visit Mr Nyako paid to the governor at the Government House.

However, the attempted rapprochement collapsed when the PDP announced that ADC members who actually mattered had left the party for the PDP, a position which Mr Nyako vehemently countered.

In a fierce riposte, Mr Nyako told Mr Fintiri off, wanting him to concentrate on serving the people and stop meddling while the state was drifting.

With the return of Mr Nyako to the APC, only time shall tell how the political landscape of Adamawa will shape up looking forward to 2023.