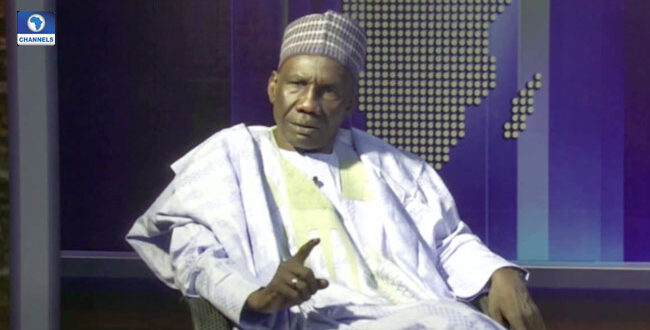 Boko Haram: Outside Maiduguri, Nobody Is Safe In Borno – Prof Dikwa 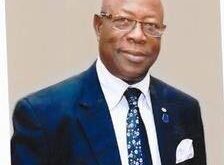 Ishaku Abbo will be retiring from politics in 2023, as his scandalous lifestyle has come to hunt him; CAN scribe boast

Again, Ex-YOWICAN President attack Ishaku Abbo says he would be “totally unelectable in any future election in Adamawa.

Prof. Khalifa Dikwa, Dean, Borno Elders Forum is worried about the rising insecurity in the area, admitting that outside the capital of the state, Maiduguri, people living in Borno State are not safe.

“Even if they (Boko Haram) are not physically there, they are psychologically there, disturbing the people,” Dikwa who is a socio-political analyst told Channels Television’s Newsnight on Monday. “From time to time, they ride their motorcycles, come and harass them to pay levies and so on. Outside Maiduguri, no even five kilometres, nobody is safe. And they can strike at any time.”

He claimed that the military did not heed to the advice of the Private Military Contractor (PMC) to man the country’s land borders after they had “decimated” Boko Haram in 2014.

“At that time, they (PMC) said, ‘okay, we have done our bit, the rest, it has to be political. Have dialogue at a position of strength,” the university don, added.

“And that you should allow the other paramilitary, particularly the police, to take over the terrain that you have recaptured. You (military) move to the borders.”

According to him, “Unfortunately, the military has continued to usurp the role of the police which is not supposed to be so.”

Prof Dikwa who called for more collaboration among security agencies in the fight against insurgency noted that the military alone cannot fight the terrorism in Borno State.

“If you put all the military inside Borno, it will contain it,” he said, claiming that “It looks like there is no synergy between the security and defence agencies as if it is rivalry when they are actually working for this country and they signed to defend the people of this country and the territory.

“As a President, he should be able to stamp his feet to say ‘do the work, I am giving you one, two months maximum. If you don’t finish up this thing, submit your resignation letter.”