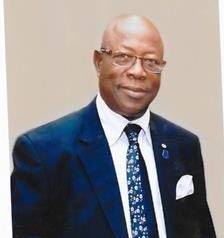 Chairman, Adamawa first initiative, Ibrahim Luka has reacted to the Adamawa state pension board management’s grilling, by the independent corrupt practice and other related offence commission.

In a press statement released to reporters on Thursday and signed by its National Coordinator, Mr Ibrahim Luka, the civil society group said the grilling of the Adamawa state pension board by the anti-graft agency is politically motivated.

It further noted that the 11th-hour grilling of the pension administrators that have barely spent a year in office is part of the grand plan by the ICPC as a constabulary wing of the APC to take over Adamawa state by force in the coming general elections.

The group questioned the grilling timing; asking when the alleged petition that the ICPC is acting on was written to warrant the recent embarrassment and show of shame displayed by the commission in the kangaroo investigation purportedly been carried out in the Adamawa state pension board.

Why interrogate current pension administrator when his predecessors are walking free? Madi, a man who brought transparency and sanity to pension administration in Adamawa, expects commendation letter from the ICPC to the board’s current management, not defamation.

Therefore, we group ask the ICPC to stay clear from Thomas Madi led management pension in Adamawa. We will be forced to occupy the ICPC office as further interrogation or the grilling of the pension administrator in Adamawa would be regarded as an attack on the entire state.