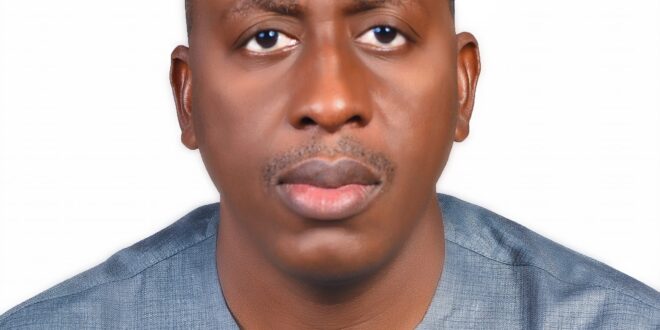 We regret voting for an apprentice politician like Dauda Nyampa in 2019, Michika/Madagali electorates’ laments.

The electorates of the two local councils that make Michika/Madagali federal constituency on Thursday said Rep. Dauda Nyampa had made the good people of Michika/Madagali regret voting to power in 2019.

One of the group leaders, Giwa, remarked that the only obstacle to the two local councils that made up the federal constituency was Dauda Nyampa.

Addressing journalists in Michika, one of the councils that made the federal constituency, the group, stated that only unity and prayer could change the situation in 2023. Nyampa has demonstrated that he is genuinely learning politics and not

fit to represent us.

He urged Nigerian Christians and Muslims to unite and beg God to keep them alive to effect leadership change in Michika/ Madagali in 2023.

Giwa likened the apprentice politician leadership of Dauda Nyampa to a mechanic directing the most junior apprentice to repair the latest model car.

He said, “Dauda Nyampa had made the people of Michika/Madagali regret voting him into power in 2019. “If Joshua and other Israelites did not unite and pray, The Walls of Jericho wouldn’t’ have been defeated. How do you feel when you stand on the verge of

“After spending forty difficult years wandering in the desert of Sinai, the people of Israel were now on the eastern banks of the Jordan. Their challenge to get to the land of Canaan, the Promised Land, was Jericho’s city.

“When the people did finally shout, the massive walls collapsed instantly, and Israel won a comfortable victory. When the people of God, by faith and unity, followed the commands of God that the walls of Jericho fell.

“The same scenario is playing itself out in Michika/Madagali right now; we must unite and pray fervently against evil leaders who are enslaving the people.

The greatest challenge one can have to see anyone standing on his way to progress.

“Michika/Madagali is blessed with illustrious sons and daughters; we wonder why we voted for Nyampa that cannot name a single bill he sponsors or cosponsor since his inauguration

into House of Representative.

“If you are a good leader, you would not make yourself a bench warmer. If you are a God-fearing man, you would have fulfilled all the promises you made during the electioneering campaigns.

“Woe to those who call evil good and good evil, who put darkness for light and light for darkness, who put bitter for sweet and sweet for bitter. Those who are evil will be destroyed, but those who hope in the LORD will inherit the land.

The people of God will inherit Michika/Madagali, while God shall punish the politicians that fail us.”

The outspoken Community leader also berated those around Nyampa who cannot tell him the truth. Instead of advising their boss (Nyampa) to listen to the cries of the people of Michika/Madagali on good governance, ‘they rather prefer dancing naked with him’.

Giwa wondered why none of Nyampa’s friends could come out clean and ‘call a spade a spade’. “Money has changed them totally, and they can no longer talk to our representative. Some of them are protecting their jobs, forgetting that their offices are not

Another person is coming to that office after your exit. When you see some of them talking, they talk as if they would be there forever. Don’t worry; the table must turn in 2023.

“We have thrown an open challenge to Nyampa to name a single bill he has sponsor or cosponsor since his inauguration,” says Giwa.

Like Loading...
Previous I Can Walk Around Rivers State Without Security Because I Have Performed Well – Wike
Next “Dauda Zakariah Nyampa is a bad product to electorate in Adamawa in 2023”