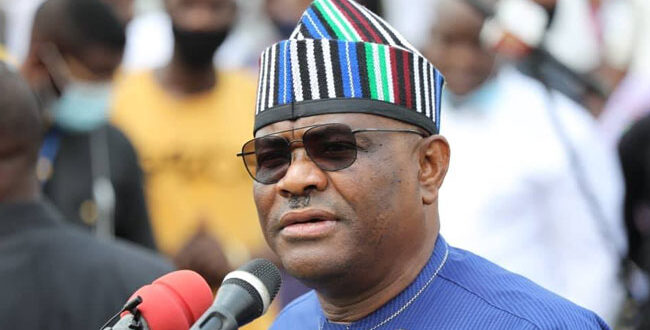 Nigeria Will Be Buried If Ortom Is Assassinated – Wike

Rivers State Governor Nyesom Wike has reacted to the attack on his Benue counterpart, Samuel Ortom, on Saturday.

Governor Ortom was attacked earlier on Saturday by suspected herdsmen while visiting a farm in Makurdi.

But his security detail was able to repel them.

Mr. Ortom said he ran for “more than one and a half kilometres without stopping” to escape the assault.

“If you kill Ortom, then be prepared to bury Nigeria,” Mr. Wike said, according to a statement signed by his spokesman, Kelvin Ebiri.

“If anything happens to Governor Ortom, the Federal Government will be held responsible and they should be prepared that there will be no more Nigeria.”

According to the statement, Wike also recalled how the former General Officer Commanding (GOC) 6 Division of the Nigerian Army in Port Harcourt, Major General Jamil Sarham, and All Progressives Congress chieftains had concluded plans to assassinate him during the 2019 general election.

He added that the growing trend where the lives of incumbent governors are brazenly threatened was disturbing.