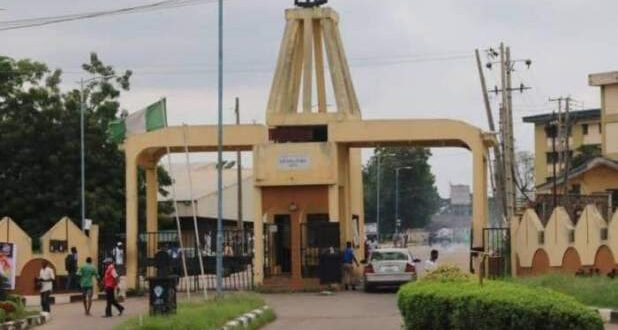 Polytechnic rectors, lecturers, students and other stakeholders have called on the Federal Government to end the dichotomy between degree and Higher National Diploma (HND) holders in the country.

This is just as Senate President Ahmad Lawan described the discrimination against graduates of polytechnics as “undesirable.”

Representatives of Academic Staff Union of Polytechnics (ASUP), National Board for Technical Education (NBTE), Forum of Nigeria Polytechnic Alumni Associations (FONPAA), National Association of Academic Technologists (NAAT), Committee of Federal Polytechnic Rectors, all spoke against the discrimination against polytechnic graduates at a public hearing Monday on the bill to abolish discrimination between first B.Sc and HND holders for the purpose of employment in Nigeria.

Lawan said the HND/degree dichotomy has really affected the significant number of people in a way considered undesirable.

The National Chairman of the polytechnic alumni association, Obialor Ibebuike, said if the Nigerian government was serious about its technological development, the dichotomy should be abolished and polytechnics are well funded.

“This, we believe, is the way to go in our country, if we are really serious in catching up with the developed world,” he said.

The Committee of Federal Polytechnic Rectors, said abolishing the dichotomy between HND and degree holders would end the ill-treatment melted out on the polytechnic graduates in the labour market.

Meanwhile, stakeholders from Kogi West Senatorial District, led by Obaro of Kabba, Solomon Dele Owoniyi, have appealed to the authorities of the Ahmadu Bello University, Zaria, to allow its College of Agriculture in Kabba, upgraded to a University of Agriculture.

He said during the first republic, similar colleges were established in other parts of Nigeria and all but Kabba have since been upgraded to full-fledged universities of Agriculture.

“Our appeal to the authorities of Ahmadu Bello University — which has had several campuses outside Zaria upgraded to universities — to please release this school and allow it to be upgraded to full-fledged university,” he said.

Senator Smart Adeyemi (APC, Kogi), who sponsored a bill for the establishment of the University of Agriculture, Kabba, said the College of Agriculture which “we are asking for its upgrade to a full-fledged university, has requisite facilities to function as a bonafide university.”

He said it was not out of place for Nigeria to have at least two federal universities of agriculture in each of the geo-political zones of the federation.

This, he said, would help to improve Nigeria’s foreign exchange earnings and provide jobs for millions of Nigerian youths.

Like Loading...
Previous Reps Summon CBN Governor, Army Chief Over Arms Purchase
Next Why Binani may not win any election in Adamawa again – Dr Bappare