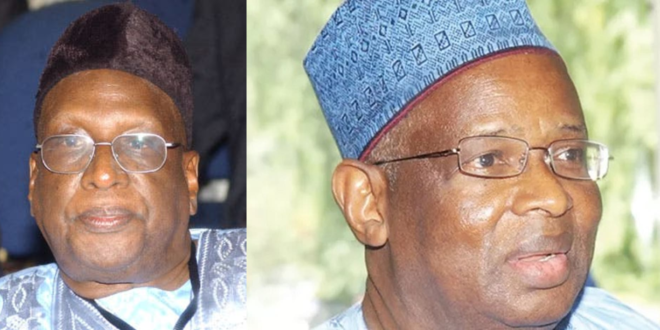 He has no backing of the governor in making such an irresponsible statement against the two elder statesmen of Adamawa state.

In a statement made available to reporters in Yola, Ibrahim Usman came down heavily on Dauda Saidu for making a mockery of a former national chairman of the PDP, Alhaji Bamanga Tukur and Senator Jibril Aminu.

“Ordinary, we won’t have join issue with this tout brandishing himself as Fintiri ambassador. It is on record that the governor at no point in time given any member of his support group the leverage to haul insults on anyone talk more of an elder statemen Like Tukur and Aminu.

“Therefore, we are calling on the general public to dissociate the governor from this reckless and malicious statement that emanates from Dauda Saidu, as the utterance has shown that he is no different from a gutter or a street tout who has no respect for elders.

Saidu Dauda, in a viral video, alleged that Messrs Bamanga Tukur, Jibril Aminu, despite occupying big offices, could not make their son governor, Fintiri, who is a son of a farmer by the grace of God, has emerged the governor of Adamawa state and the son of the two elder statesmen are currently working under him.