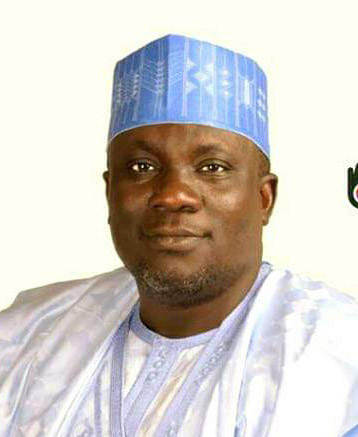 Director-General, media to governor Fintiri of Adamawa state Solomon kumangar, has expressed shock over alleged claims by the Adamawa state APC caretaker chairman, Bilal, that the achievements of  APC appointees and political office holders from Adamawa state supersede that that of the governor.

In a statement signed by Solomon Kumangar, said  ‘Nigerians and the people of Adamawa State were shocked when the acting caretaker committee chairman of the APC in Adamawa state publicly said the combine achievements of political office holders and appointees of the President from State, supersede the achievements of Gov. Fintiri.

“This declaration has further confirmed our fears that APC handover Adamawa branch of the party to unlettered fellow that can hardly differentiate right from his left, culminating in his running the party aground in the State.

“He has also, by this action, exposed his ignorance and his cash and carried mentality that makes him ascribed leadership of the party in the State to the highest bidder that best finance him and members of the SWC in Adamawa.

“it is a known fact that most APC stalwarts from Adamawa state visited and even commissioned laudable projects initiated by the Fintiri’s administration.

“Do we need to remind Bilal that the FCT minister was here to commissioned projects penultimate week, or do we also need to remind him that he eulogised the governor for practical governance under his watch as governor?

“Most APC political officer holders and political appointees from the State pours encomium on the governor for transforming the State, one wonder who must have furnished the pocket of the caretaker chairman, Bilal, to go public and advertise his ignorance.

Kumangar condemned Bilal for attempting to deny the governor’s laudable projects visible to the blind in the State.

“We unequivocally call on him to retract his statement, in the same manner, he made it and tender an unreserved apology to the good people of Adamawa State.”

“Bilal should as a matter of urgent importance, conduct himself in a manner befitting a party chairman especially in public places and stop advertising his unlettered character in public.”

Kumangar has lamented that the All Progressives Congress APC in Adamawa is now faced with the challenge of diminishing electoral viability under Bilal, saying in an era of forceful propaganda by the opposition is over, Bilal must devise ways of winning the hearts of the people not turning black to white to be returned as party chairman.

He specifically decried the method adopted by Bilal before the 2019 election in the State that runs the party aground.

According to him, APC is yet to come out of a complex crisis; Bilal led SWC plunged the party into the build-up to the 2019 election.

He said Bilal has now become an onlooker in a party where he is supposed to be the state chairman due to his unlettered character, adding that Bilal must own up to the defeat of the party in 2019 in Adamawa as he should get ready for the final internment of the party in 2023 if the APC national leadership eventually allow him to return.