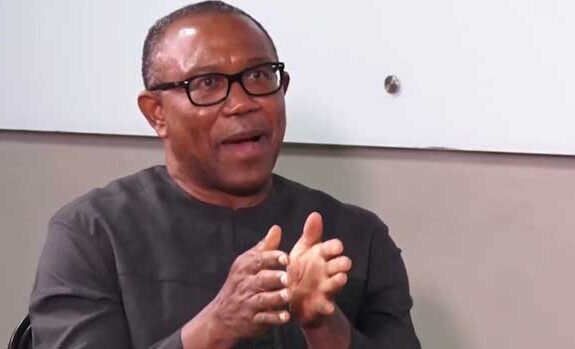 The presidential candidate of the Labour Party, Peter Obi, on Tuesday, said Nigeria is suffering from bad leadership as she is not a producing country.

Obi stated this during a visit to the leadership of the Nigerian Labour Congress (NLC) and the Trade Union Congress (TUC) in Abuja, the nation’s capital.

He stated that the citizens are not receiving the best from the ruling class, calling for a change from the sharing formula to the production formula.

While noting that young Nigerians in their productive ages are idle, the ex-Anambra governor warned that a crisis will brew if the situation persists.

To avert the pending disaster, the Labour Party candidate called on organised labour to collaborate with the party in determining the future of Africa’s most populous nation.

According to him, nobody can emerge as Nigeria’s President without agreeing with organised labour and other organisations.

“Nigeria is not a producing country. The cumulative effect of what we are suffering today is bad leadership,” Obi said.

“It is a leadership that concentrates on sharing. We have to move from sharing formula to production formula. All our young people in their productive age are not doing anything, so we are going to have a crisis.”

Also speaking, NLC President, Comrade Ayuba Wabba, said the Congress was solidly behind the Labour Party candidate and would fully mobilise to ensure the victory of the party come 2023 general elections.

He also recalled that workers’ unions have realised that strikes and protests alone cannot change the narratives in Nigeria, which informed the full venture into politics, to support candidates whose mantra will make life better for their members and Nigerians at large.